As most adjusters and insurers are aware, effective Jan. 1, 2012, all liability, no-fault, self-insured and workers compensation insurers should be reporting all bodily injury open claims to Medicare.

That’s why it is so important to ask what the Medicare beneficiary status is of any injury claimant upon receipt of a claim, according to Russell S. Whittle, senior legal counsel and vice president of Medicare Secondary Payor Compliance at the law firm of Gould & Lamb. 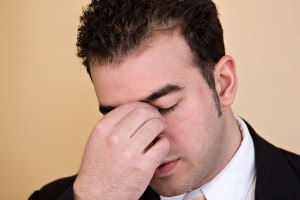 While adjusters and insurers are already aware of the reporting requirements set forth by Medicare, there is still confusion surrounding Medicare Set Asides (MSA), Whittle said during a pre-recorded presentation on the subject shared with adjusters at a Texas Law Update seminar held recently in Scottsdale, Ariz.

Statistics from the Kaiser Family Foundation indicate 49 million Americans are currently covered under the Medicare program. The foundation estimates that within the next 20 years, the number of people covered under the federal health insurance program is projected to rise from 49 million to 79 million. In 2011, Medicare issued a total of $551.3 billion in benefit payments and, according to Whittle, Medicare accepted $7.5 billion in MSA recoveries in one year.

Lending to the confusion is that Medicare may seek reimbursement pre or post settlement. While most insurers have an automated system for reporting up and running, the frequency of the information exchange with CMS may provide an insurer with the greatest peace of mind. Whittle’s firm runs weekly checks. This is in part to avoid enforcement of the law (United States Code 42USC1395) that allows for the recovery of double damages plus interest and the cost of litigation.

The Centers for Medicare & Medicaid Services (CMS) can refuse to recognize settlements and refuse payments, Whittle said. This can be extremely frustrating, especially since the agency has up to 120 days to respond, he said. In addition, the beneficiary/claimant can bring suit against an insurer if he or she feels a settlement is unreasonable.

Whittle described a West Virginia district court case (United States v. Paul J. Harris) that involved a plaintiff attorney sued by the government for failing to protect Medicare’s interests during a liability case. The underlying liability case involved James Ritchea’s injuries due to a fall from a ladder. Medicare paid almost $23,500 for treatment. Ritchea sued the store that sold him the ladder and the case was eventually settled for $25,000. Harris notified CMS of the settlement amount and attorney fees and costs. Medicare calculated its subrogation lien as approximately $11,000. The lien wasn’t paid and the government sued Harris, who then filed a motion to dismiss on the grounds that a lawyer shouldn’t be held responsible under the U.S. code when settlement is made with the knowledge of the government. The court disagreed, citing the code’s language that states “the government has a right of recovery for the conditional amount paid against any entity responsible for making the payment.”

“This case is a good example of who is at risk here,” Whittle said.

According to Whittle, another case highlights the statute of limitations in relation to subrogation of the lien after the fact.

In the Alabama case of the United States v. Stricker Monsanto Co., Pfizer and Solutia Inc. and their insurers were sued in 2009 for failing to reimburse Medicare for treatment provided to plaintiffs in a class action lawsuit involving toxic chemical dumping. Whittle said the class action settled for $300 million in 2003, with $100 million going to the attorneys in the case. Out of the 17,000 plaintiffs there were 987 that were Medicare eligible. As a result, the government sued, demanding $80 million to satisfy its lien. After a year of extensive litigation, the district court dismissed Medicare’s suit, indicating the six year statute of limitation had tolled.

As a result of the decision, Whittle said tort and contract statutes in a jurisdiction will control whether Medicare has a right to subrogation.

According to Whittle, there are two options for Medicare Set Asides: