“The intentional and unintentional inefficiencies in the claims process” is how David Tweedy, managing consultant with Albert Risk Management Consultants, defines claims leakage. 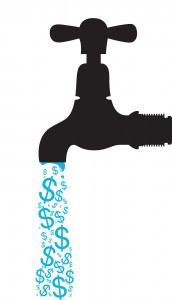 “People need to pay attention to the small overpayments that in and of themselves mean nothing, but over a whole company mean a lot,” said Jack Cuff, owner of Cuff and Associates, an independent advisory firm that regularly provides claim audit services to property/casualty insurers.

Claims adjusters who are unaware of leakage issues can’t correct the problem, according to Tweedy.

That’s where closed claims analysis can help to reduce and control loss and expense costs.

Auto and workers’ compensation lines are good ones to start with. “That’s where there is a lot of high volume low severity claims,” Cuff said.

The process of auditing claims involves the following actions, according to Cuff:

A couple of issues can become roadblocks in effectively measuring claims leakage. The first involves obtaining full cooperation from claims management. They tend to be nervous, according to Cuff, worried their performance is being second-guessed.

The second arises from pecking order issues. Sometimes what the insurer considers a low level position may be responsible for millions of dollars of claims payments. In this case, Cuff said he recommends elevating the position to reflect the position’s responsibilities.

Cuff breaks down the claims process into nine segments – from first notice to subrogation:

The process can be further broken down by identifying how the claim was reported and whether it was assigned appropriately.

Once the audit is completed, the claims department will review where performance needs to be improved and education is needed.

Leakage can be the result of many factors, including overpayment by the adjuster, higher than normal estimates by a contractor, or billing issues with a vendor.

John Conlon, president of John Conlon & Associates, a legal billing specialist, said he is usually hired due to three situations encountered by an insurer:

The number one issue Conlon encounters across the board is the misuse of paralegals. A firm will bill for a paralegal to schedule depositions, yet a specialist isn’t required to do this task.

Some additional issues Conlon sees during legal billing audits include:

Though technology exists to identify areas of concern, Tweedy thinks it’s better to invest in good claims staff. “Good people will protect better than bad people and a tech system,” he said.