In the aftermath of the Japan earthquake and tsunami, supply chain disruptions and production stoppages raised awareness of contingent time element losses. 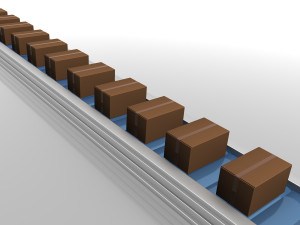 “I’ve never seen as many contingent time element claims as I have seen in the last nine months,” said Steven A. Rosenthal, co-founder, partner and director of insurance support services for RGL Forensic Accountants and Consultants.

The policies, Rosenthal said, will vary based on the location of the loss. For example, in Thailand there is a flood sub-limit that would need to be considered.

Rosenthal offered another example of a claim involving a loss in Japan insured by four Japanese insurers. The U.S.-based business experienced a $450 million dollar loss. Because it involved local policies only, the loss could not be adjusted outside Japan.

“You have to understand the local policy,” he said.

According to Rosenthal, in order to evaluate whether a contingent time element claim is covered, the adjuster needs to define the interruption by asking if the loss is due to any of these factors:

• Physical damage to supplier of goods and services

• Physical damage as a result of civil authority

Besides defining the interruption, there must be a coverage trigger, Rosenthal said. The question to answer is whether there was physical damage to the type of property insured by a covered peril that resulted in a business interruption loss and/or extra expenses?

There are many other potentially covered causes of business interruption, said Rosenthal. They include fire equipment failure, rolling blackouts, regulatory issues, and employee availability.

The employee availability issue became prominent after Hurricane Katrina. An example, according to Rosenthal, was that even though there were no employees to work in a restored plant once it went back in to operation, the period of restoration was considered over and no additional coverage was afforded to the business.

In another example relating to Hurricane Katrina, if a business transferred employees from one plant to another to cover open positions, the costs related to the transfer were covered by insurers, according to Rosenthal.

Defining the scope of the damage is important, said Rosenthal. Isolated incidents can be handled more easily. “When you have cat events, like Katrina, you’re in a different world,” Rosenthal said.

The scope will provide an indication of the length of time needed for the supplier to become operational again. “How long is it going to take each and every customer of that insured to make repairs,” Rosenthal said.

He offered an example relating to claims of an insured with several retailers. In order to estimate the period of restoration, his company analyzed sales revenues and plotted the location and distance of each retailer to come up with the length of time and period of restoration.

“The period of restoration is the biggest issue in contingent time element claims,” Rosenthal said.

• Identifying the disruption to supply chain

• Identifying who the direct supplier

• Determining if the insured’s supplier is interrupted

• Determining if the insured’s customer is interrupted

• Determining whether customers can wait

• Identifying when inventory is back to normal

• Determining where product /sales projections have been

• Evaluating whether there was reduced demand

He recommended requesting the business’ continuity recovery plan, supplier and customer contracts, and any business logs or diaries on every contingent time element claim.

Thought should be given to possible ways to mitigate the claim. Rosenthal recommended determining whether safety stock exists or product substitution is available, whether alternative suppliers are available and if there could be a delay in sales.