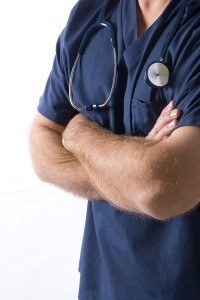 Medical malpractice claims related to the conduct of rogue physicians are on the rise.

“It seems to be a growing problem,” according to Linda E. Jones, executive vice president at RCM&D Healthcare, a Baltimore-based insurance consultant.

“We do hear more and more issues of physicians [involving] illegal or unethical activity,” said Jones, who is also chief operating officer at SISCO, a subsidiary of RCM&D and a third party administrator that provides claims services to healthcare organizations.

“We are definitely seeing an increase in the cases being handled,” said Jones during a presentation on the subject at the 2011 American Society for Healthcare Risk Management (ASHRM) Conference held in Phoenix, Ariz. last month.

Jones defined rogue physicians as those who seem to act outside the norm of desirable controls. “Physicians who may be having problems not doing things legally or ethically,” said Jones. “It’s really a behavioral problem.”

Jones said patient complaints are usually related to the care and attitude of the physician. She pointed out that sexual misconduct allegations can be made by both patients and staff.

A warning sign, according to Jones, is a physician with a high number of past claims. While this may be a frequency and not necessarily a severity issue, Jones said it is usually an indicator of a communication problem.

The process for researching a physician’s background includes reviewing claims history, checking with the Office of Inspector General (OIG), reviewing a physician’s past billing to Medicare and checking the National Practitioner Data Bank to see if a physician’s privileges have been revoked. Jones also recommended conducting an internet search on the physician’s name.

According to Jones, while some claims may be excluded under a physician’s policy, a hospital or medical practice’s policy may be triggered. “[A claim] could be excluded by a physician’s carrier; however, it could then flow through as negligent credentialing,” she said.

An allegation of negligent credentialing may be covered under a hospital’s general liability policy, said Jones.

That’s where plaintiff attorneys’ creativity comes into play, according to Jones. Carefully worded allegations within a petition or complaint can potentially trigger several liability policies.

Another example Jones cited is a medical malpractice case alleged as a breach in the standard of care.

Medical malpractice cases are costly, especially in the discovery phase. “The value of the cases is tremendous,” Jones said. “It is very expensive to produce all that information.”

Data from the Physician Insurer’s Association of America on claims that closed in 2009 indicate that average defense costs on medical malpractice suits totaled $69,244 for cases that settled and ranged between $140,000 and $170,000 through trial, depending upon which side prevailed.

One recent report by the Washington-based consumer advocacy group, Public Citizen, raises the question of who is responsible for tracking offenses and subsequent disciplinary actions relating to inappropriate, potentially rogue, physician conduct.

The Public Citizen analysis of the National Practitioner Data Bank (NPDB) for the period of 1990-2009 found that 55 percent of physicians with clinic privilege revocations had no state licensing actions taken.

“One of two things is happening, and either is alarming,” said Dr. Sidney Wolfe, director of Public Citizen’s Health Research Group and overseer of the study. “Either state medical boards are receiving this disturbing information from hospitals but not acting upon it, or much less likely, they are not receiving the information at all. Something is broken and needs to be fixed.”