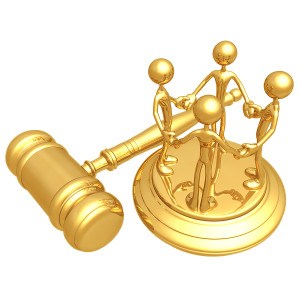 There were several key court decisions relating to class action lawsuits this year that may affect adjusters in their jobs.

According to Howard S. Suskin, co-chair of Jenner & Block’s class action practice and moderator of a session at the Professional Liability Underwriting Society’s (PLUS) annual conference in San Diego. Calif., the following specific decisions apply generally to all class action lawsuits:

The case, comprised of almost 1.5 million current and former Wal-Mart workers, alleged the megastore denied the group of women raises and promotions due to gender bias.

“The Supreme Court held a class action could not be brought as proposed because there were too many differences between the proposed employee classes,” Suskin said.

According to the PLUS panelists, the latest decision in the case has consequences for large class actions.

The decision dramatically decreased the scope of litigation and liability in the case, said Mark A. Perry, partner at Gibson, Dunn & Crutcher LLP. As a result, he expects there will be smaller subunits of larger classes seen.

According to Samuel H. Rudman, partner at Robbins Geller Rudman & Dowd LLP, an unintended consequence of the decision to limit a potential class is that it will be more expensive to litigate smaller classes around the country in a variety of venues.

Besides the added expense of litigating several smaller cases across the country, a question arises as to whether an individualized employment decision, based on a gender issue, is really worthy of being classified as a class action, said Janene M. Marasciullo, partner with the law firm of Kaufman Dolowich Voluck & Gonzo LLP. “It calls into question whether classes are a good vehicle.”

The decision, said Marasciullo, “may blunt the Supreme Court’s ability to limit class actions.” In addition, she said, it provides the opportunity to forum shop.

The case involved whether class action waivers in service agreements void a consumer’s right to this year allows the waivers, noting that class actions defeat the purpose of arbitration. “Requiring the availability of class wide arbitration interferes with fundamental attributes of arbitration,” Justice Antonin Scalia wrote.

According to Suskin, this decision has been viewed as a significant victory within the business community.

“The chance to appeal an arbitration ruling is very limited,” added Suskin.

In addition to recent class action decisions, Congress has made it more difficult to plead a class action case, Suskin said.

Stringent pleading requirements have led to better prepared cases. More investigation is completed initially on a case, said Rudman. “Our cases our better now, because more is done in the front end of the case.”

According to the panelists, the requirements should impact the frequency in which class actions are filed. “This will reduce the number of frivolous lawsuits,” Perry said.

For the cases that make the cut, the costs will be greater. “Cases are going to get more expensive at the certification stage,” said Perry.

(Moira Herbst, of Reuters, contributed to this article.)

USDA Getting Tougher on Salmonella in Chicken Products