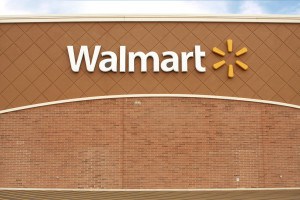 Plaintiffs in a huge sex bias class-action case against Wal-Mart Stores Inc that was struck down by the U.S. Supreme Court will begin to unveil plans Friday for how they will try to resuscitate their lawsuits.

Lawyers for the women will argue in U.S. District Court in San Francisco that they should be able to press ahead with multiple, narrower class-action claims against the retailer.

Wal-Mart, however, wants to make sure any potential class actions are kept firmly in the grave.

Women who say the company denied them pay raises and promotions because of gender bias are regrouping after the Supreme Court dismantled a class of up to 1.5 million current and former Wal-Mart workers last month.

Had the class-action lawsuit gone forward, Wal-Mart could have been liable for billions of dollars in back pay and other damages. The court concluded that the group did not have enough in common to band together to sue the company.

Friday’s hearing marks the first time both sides have appeared in court following the landmark decision.

Since the case cannot move forward as one massive case, plaintiffs must reformulate claims into more tailored groups — or as individual lawsuits.

Joseph Sellers, a lead attorney for the plaintiffs and a partner at law firm Cohen Milstein Sellers & Toll in Washington, said plaintiffs will propose a smaller class-action lawsuit in California, and could bring similar cases elsewhere in the country. He declined to comment before the hearing on how many smaller class-action lawsuits there could be.

“There was this sense after the Supreme Court decision that the case was dead, and we dispute that,” Sellers said.

Plaintiffs could carve up the larger group of current and former Wal-Mart workers according to different stores or regions, and different job descriptions and time frames of employment. It is unclear what Wal-Mart’s potential liabilities could be in this scenario if it loses the case.

Sellers said hundreds of attorneys have contacted his firm expressing interest in representing plaintiffs in revised litigation. His firm spent about $7 million on the original lawsuit against Wal-Mart that landed at the Supreme Court, and so far has not seen a return on its investment.

The Supreme Court did not rule on the merits of the plaintiffs’ bias claims, only whether they could link together to sue. The ruling has been applauded by the U.S. Chamber of Commerce business group but denounced by women’s organizations.

Wal-Mart has said that the ruling means that current or former workers wishing to sue for sex discrimination would have to do so on an individual basis — not through a series of smaller class actions.

At Friday’s hearing, the plaintiffs will also argue that current and former Wal-Mart workers need more time to file discrimination claims with the Equal Employment Opportunity Commission (EEOC) or new lawsuits against the company before the statute of limitations runs out.

In a court filing last month, Sellers asked that the court give former members of the dismissed class an additional four months to file new EEOC claims or litigation. Wal-Mart opposes granting the extra time.

The Wal-Mart ruling is expected to have widespread impact on many types of class-action lawsuits, making it more difficult to win certification of large groups of plaintiffs.

On July 18, a Michigan state court cited the decision when it decertified a class of more than 3,000 property owners suing Dow Chemical Co .