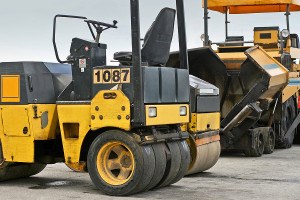 Texas was the number one state for heavy equipment thefts in 2010, followed by California, Florida, North Carolina, Georgia, South Carolina, Oklahoma, Maryland, Ohio and Alabama, according to the latest report released today by the National Insurance Crime Bureau (NICB).

The top five cities with the most thefts were Miami, Fla. at number one, followed, in order, by Houston, Texas; Phoenix, Ariz.; Conroe, Texas; and Las Vegas, Nev.

In 2010, a total of 6,474 heavy equipment thefts were recorded and only 28 percent were recovered.

The 10 most stolen heavy equipment items in 2010 were:

While automobile thieves preferred Hondas in 2010, heavy equipment manufactured by John Deere was the number one theft target in 2010 followed, in order by Caterpillar, Melroe, Kubota and “Unlisted”*.

The NICB profiles the data according to theft state, theft city, theft month, equipment manufacturer, equipment style (type) and year of manufacture. The report also examines heavy equipment recoveries in 2010 based on those same criteria.

* Unlisted refers to theft reports where no manufacturer or equipment style was indicated.