Siouxland District Health statistics show that countywide, 137 dog bites were reported in 2015, up from 110 in 2007, the year before the ban was passed. 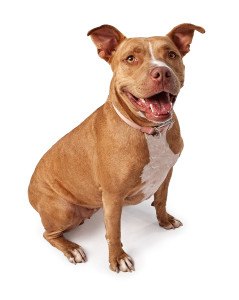 Sioux City stats show vicious and high-risk dog designations are also down, dropping from 46 in the city’s 2010 fiscal year to five in fiscal year 2016.

The Sioux City Journal report city officials are split on whether the numbers show the ban has been a success. However, they agree a council reconsideration of the polarizing ordinance is unlikely.

Sioux City’s oft-debated ban has surfaced once again in the headlines after two local dog owners filed suit in August, saying the city’s ban is unconstitutional.

The owners say the law bans animals that are not harmful and does not ban animals that do pose a risk to harm other animals or humans. They also say the law is enforced in an arbitrary, inconsistent and discriminatory manner.

Enacted in July 2008, Sioux City’s pit bull ban prohibits residents from having dogs that are 51 percent or more pit bull. The ban grandfathers in pit bulls that were registered by residents prior to April 25, 2009, provided the animals are registered each year. No new pit bulls are allowed.

At the time of the ban’s passage, a high number of dogs that had been declared vicious or at risk in the city were pit bulls or mixes. The ordinance was updated in 2009. In 2010, the council voted 3-2 to retain it.

Jennifer Frost, one of the parties mentioned in the suit, moved to Sioux City in October with her husband, four children, and their two dogs, Jake and Reba.

Jake, a purebred American Staffordshire Terrier, was impounded by Animal Control in May after he had gotten loose. The Frosts ended up giving Jake to friends and family back in New York City.

Frost approached the council earlier in the summer about the ban and said she believes socialization plays a large role in how a dog acts. Education for better dog owners is the key, she said.

The lawsuit cites the American Veterinary Medical Association as saying national statistics on fatalities and injuries caused by dogs do not prove any breed is more dangerous than another.

“The fact that dog bites have not gone down just shows it,” Frost said. “Prove to me that people in this community are safer because of this law. The only thing that makes people safer is education to be better pet owners.”

Frost said Sioux City’s Animal Control was professional in handling Jake, and the city was gracious in granting her family extra days to drop Jake off with family. However, she said she would be in favor of an amended rule that addresses ownership issues rather than a specific breed.

According to city dog licensing information, Sioux City residents registered 93 pit bulls in 2016, about one-sixth as many as were registered in 2009. Pit bulls currently account for 2 percent of the city’s registered dogs.

“When you eliminate a breed out of your ordinance, of course it’s going to go down,” she said. “What about all the other dog bites?”

Capron, who owns a 6-year-old pit bull mix named Chief, said she believes owner behavior, rather than breed, affects how a dog acts.

“I think it’s how the dogs are raised. I don’t think it’s one specific breed,” she said.

Councilman Keith Radig, who voted for the council’s decision in 2010 to uphold the ban, said he does not believe the ban should be revisited.

Radig cited numbers from DogsBite.org, a nonprofit organization that advocates for dog mauling victims, that show pit bulls are responsible for the most fatal dog bites this year.

“You have to look at fatalities from dog bites,” he said.

“I am sensitive to how important a pet is to a person, but there’s still a lot of data out there that shows that particular breed is somewhat of a problem,” he said.

City authorities acknowledge that pinning down accurate dog bite data within the city and county can be a challenge.

Within Sioux City itself, agencies do not report dog bite statistics by breed. The city separately reports the number of dog bite calls handled by Animal Control within Sioux City limits, which are counted by fiscal year.

Williams said Sioux City Police Department is another agency that responds to dog bite calls, typically when a dog is still on the loose.

Siouxland District Health, receives reports from the city agencies, as well as the Woodbury County Sheriff and other entities and follows up when the bite causes a break in the skin. In the agency’s reports, a large percentage of the bites reported each year are listed as coming from “unknown” breeds. Breed designations are listed as they are reported to the agency.