Smaller communities in Wisconsin’s Fox Valley have seen an unusual rash of catalytic converter thefts because thieves can scrape out and sell precious metals contained in the parts, police said.

Jason Weber, community liaison officer for the Town of Menasha Police Department, told Post-Crescent Media that catalytic converter thefts used to be something seen mostly in big cities, but his department began receiving more reports a few weeks ago. 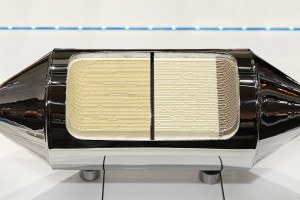 “The attraction is that these catalytic converters contain precious metals – palladium, platinum and rhodium,” he said. “The thief can meticulously scrape those out of there and get more cash.”

Thieves can sell the metal for up to $150, Weber said, but victims pay a higher price. Catalytic converters can cost more than $1,000 to replace.

Steve Jacob, the owner of Auto X Change in Menasha, said his business has had three catalytic converters stolen from vehicles this month. One theft wasn’t discovered until a customer came in for a test drive.

“When we started it, it was loud,” Jacob said. “It was very surprising.”

Grand Chute police Lt. Colette Jaeger said her department issued a crime alert after seeing thefts increase in July. SUVs and other vehicles that are higher off the ground tend to be more attractive targets because it’s easier for thieves to crawl underneath, police said.

Jaeger said scrap metal dealers need to be leery of anyone bringing in several converters at a time and people should watch for thieves.

“It’s not typical to see somebody under a vehicle with a Sawzall and a metal blade,” she said.