In a move to curb increased thefts of copper and other metals, Wichita city officials and local police are considering revising the Kansas city’s scrap metal ordinance. 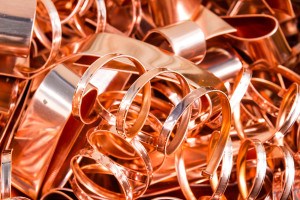 Expected to be brought to the city council by early fall, the revision would classify copper as a specially regulated metal, such as tungsten carbide. Such a designation would require scrap dealers to hold the copper for 72 hours, presumably giving police a better shot at tracking the metal back to the thief or victim.

The Wichita Eagle reported the new ordinance will also allow the chief of police to suspend a business’ operations for one day or more, much like suspensions are handled for liquor violations. Currently, the case has to be brought before the city council for a hearing.

Reactions to the proposal were mixed. Wichita has 19 licensed scrap dealers, one of which is Alan Boge, owner of Boge Iron and Metal Co. He said the most difficult part is determining if the metal is stolen.

“It creates a terrible logistics problem,” Boge said. “The problem is not more regulations. The police need to have more staff to chase them (the thieves) down.”

But Doug Harding, general manager of AllMetal Recycling, said scrap dealers want to do all they can to help the city stop thefts – even if it means more regulations.

“We have to push forward to figure out a solution,” Harding said. “We have to be the ones to say, ‘No more, and here’s what we’re going to do to stop the thefts.’ ”

The 2010 ordinance now in place requires the scrap dealer to take down a seller’s identification, license plate, address and a statement saying the metal is their property, or if it is not, that the metal is not stolen. People selling air-conditioning units, thefts of which have recently increased, are required to have a statement tag saying the unit has been safely removed.

With copper thefts, the damage to the property is usually more than the copper is actually worth.

As of June 20, No.1 copper – copper that has no contaminants – was selling for $2.65 a pound. The person selling the copper usually gets anywhere from $20 to $40 on an average sale.

“Ninety-five percent of the business the scrap dealers do is honest business,” Boge said. “Sometimes you get fooled, but not very often.”

Om Chauhan, who said he owns about 70 properties around Wichita, said he has to deal with a copper theft about once a month. He not only has to replace the stolen copper, but also loses money on the property.

“It takes a significant toll on me,” Chauhan said. “Not only the loss of the copper, I have to spend several thousand dollars to restore it, but there’s also added time the property is vacant.”