Sen. Debbie Stabenow, a Michigan Democrat, said the U.S. Department of Agriculture had granted disaster status to 72 counties. Because the designation applies to contiguous counties as well, virtually the entire state is covered.

Farmers have eight months to apply. They should contact their local Farm Service Agency for more information.

“While nothing can replace the crops that were lost, this emergency declaration will help provide much-needed assistance for our Michigan fruit growers who suffered such a devastating spring this year,” said Stabenow, chairwoman of the Senate Agriculture Committee. 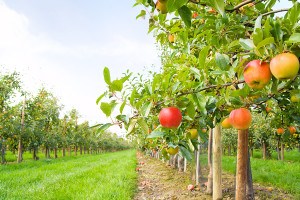 A rare heat wave in March caused cherry, apple and other fruit trees to sprout blooms that were killed during a series of later frosts and freezes. State officials and industry leaders have reported losses of 90 percent or more in some areas. An analysis by Michigan State University economist Bill Knudson estimated the cost to farmers at $223 million.

Orchard operators also can seek assistance under state legislation signed by Gov. Rick Snyder last month. The measure provided $15 million to cover some costs for banks that offer loans to farmers and processors.

The Michigan Farm Bureau is pleased that state and federal officials have acted so quickly, said Bob Boehm, manager of its commodity and marketing department.

“This will give farmers who won’t have income for at least the next year some time to recover,” he said.

Even trees that didn’t bear fruit must be treated to ward off pests and disease just as in any other year, Boehm said.