Fantasy industry giants Neil Gaiman and Todd McFarlane finally called a truce in their long-running legal feud over who owns which characters in the Spawn universe, according to court documents. 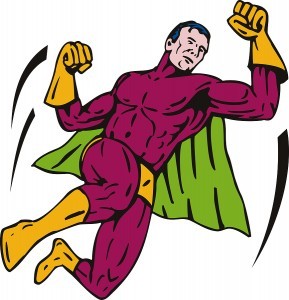 Gaiman and McFarlane have been sparring for a little more than a decade over royalties from a handful of characters from the Spawn comic book series. Their attorneys filed a joint notice Friday in federal court in Madison, Wis., saying they’ve reached a deal.

Jeffrey Simmons, one of Gaiman’s attorneys, said terms of the agreement were confidential. A jury had already found Gaiman a 50 percent owner of content in two Spawn issues and the first three issues of a Spawn spin-off. Simmons said reiterating that declaration would block any appeal.

“This is intended to put an end to the whole thing. It’s fair to say both parties are pleased to have this resolved,” Simmons said.

McFarlane created Spawn in 1992 for his startup comic book company, Image Comics. The series chronicles the adventures of a murdered CIA agent who becomes a demon. The series has been fairly successful. Image Comics released the 215th issue this month, and the series has generated action figures, an Emmy-winning HBO series and a 1997 movie that grossed $87 million worldwide.

In January 2002, Gaiman sued McFarlane in federal court in Madison, arguing he was a co-owner of supporting characters Medieval Spawn, a demon similar to Spawn that Gaiman created in the ninth issue at McFarlane’s invitation; Angela, a red-haired, scantily clad angel who works as a bounty hunter that Gaiman also created in Spawn No. 9; and Cogliostro, a one-time Spawn ally.

A jury ruled in Gaiman’s favor later that year, granting him joint ownership of the copyrights for Spawn No. 9 and No. 26, the three-issue Angela spin-off series and the Medieval Spawn, Angela and Cogliostro characters.

He and McFarlane have spent the last nine years trying to figure out how much money the three characters have generated and the amount of royalties that Gaiman deserves.

In early 2010, Gaiman filed an additional claim, arguing the demon Dark Ages Spawn and two more angels, Tiffany and Domina, were derived from Medieval Spawn and Angela, respectively, and should figure into the accounting. Despite McFarlane’s arguments that the characters are unique and express broad concepts in the Spawn story, U.S. District Judge Barbara Crabb ruled in August 2010 that Gaiman deserved royalties from them as well.

The two sides haven’t arrived at a final number.

The joint notice asks Crabb to approve the settlement and dismiss the case. It is unclear when Crabb might make a decision.

Gaiman, who lives in northwestern Wisconsin, wrote the “Sandman” comic book series. His novels include “American Gods,” “Coraline” and “The Graveyard Book,” which won the John Newbery Medal.

McFarlane illustrated a number of mainstream superheroes, including Batman and Spider-Man, before co-founding Image Comics. He also manufactures action figures and made headlines in 1999 when he paid $3 million for the baseball Mark McGwire hit for his then-record 70th home run in a season.