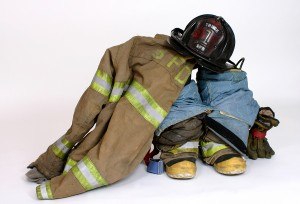 Small fire departments in Ohio say they’re losing volunteers because it’s difficult to keep up with a state law that took effect in 2008 requiring firefighters to be recertified on a regular basis.

“People work 40 to 50 hours a week. They don’t have time to check up on certifications and paperwork. The training is hard enough,” said Chief James Shiveley with the volunteer fire department in the village of Zaleski in southeast Ohio’s Vinton County.

Shiveley told The Columbus Dispatch his 21-member department lost two veteran firefighters who decided to retire rather than deal with the issue. A third is trying to come back after losing certification.

Before the law was enacted, Ohio firefighters were certified for life. The change was made, requiring recertification every three years, in hopes of keeping an accurate count of the state’s certified firefighting force and to keep firefighters up to date in their training, said China Dodley, a spokeswoman for the Ohio Division of Emergency Medical Services.

More than 51,000 Ohio firefighters recertified on time after the new policy took effect by filling out a form online in a process that took about 5 minutes, she said. Further renewal requires up to 54 hours of “continuing education” over three years, and those who miss their recertification deadline by 18 months or more must go back and repeat their original firefighter training.

The Emergency Services agency spent more than a year sending out fliers and holding town-hall meetings to put the word out about the new rules, Dodley said.

Departments in rural southeast Ohio that are highly dependent on volunteers are having the most trouble with the recertification requirement, officials said. By comparison, the Columbus fire division has not had trouble recertifying the roughly 30 volunteers in its auxiliary unit, but holding on to volunteers still has its challenges, said Capt. James Lewis.

“It’s tougher and tougher to be a volunteer firefighter. Just the time involved,” Lewis told the Dispatch. “We’re busier than ever before, and with the economy the way it is, you’re trying to work extra hours just to make a buck.”