The death toll from natural disasters such as earthquakes, storms and heatwaves rose sharply worldwide in the first six months of 2015, the world’s largest reinsurance company Munich Re said on Tuesday.

However, the economic cost of such events dropped to $35 billion from $42 billion, Munich Re said in a biannual review, reflecting the fact that more occurred in poorer parts of the world. 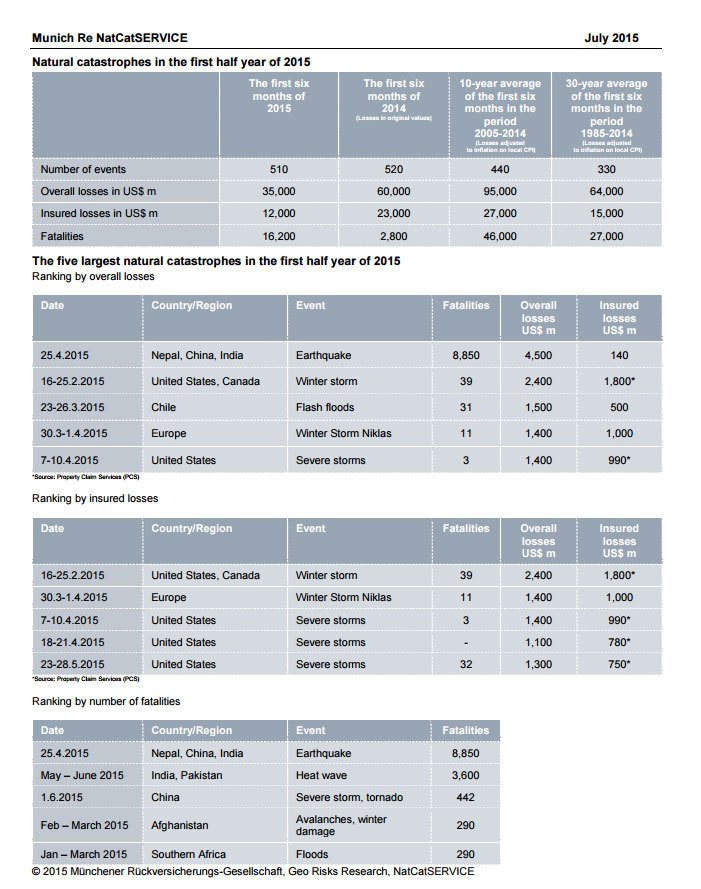 Insurance covered only $12 billion of the half year’s losses compared with a long-term average of $15 billion, Munich Re’s data showed. The figures support the industry’s view that much of the world remains under-insured and that insurance could play a greater role in supporting economic recovery after a disaster. 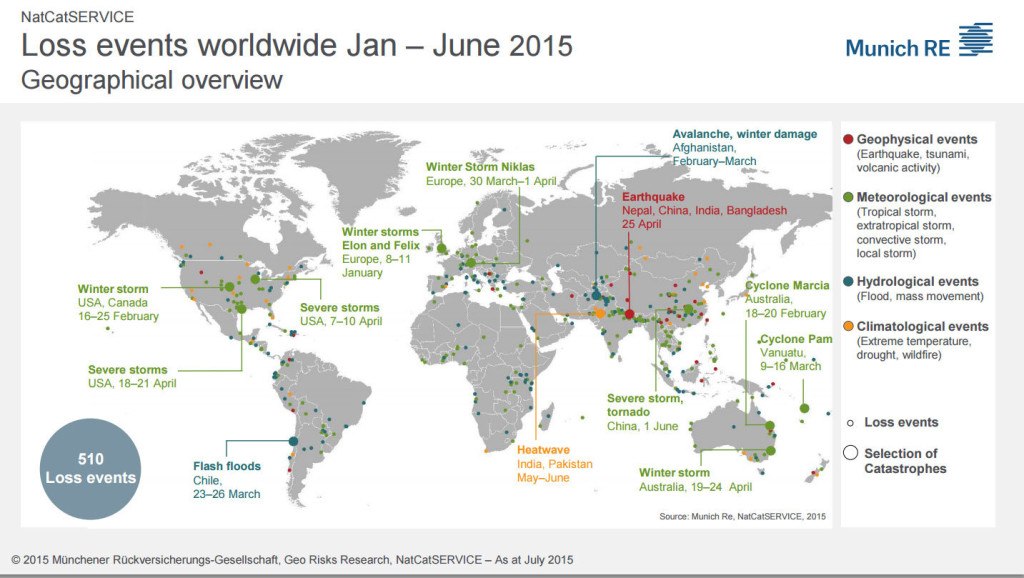 The premiums for reinsuring natural catastrophe risk tend to fluctuate in line with the payout levels.

An earthquake in Nepal in April was the most devastating disaster, killing 8,850 people and destroying thousands of homes as well as cultural heritage sites.

Economic damage totalled $4.5 billion, equivalent to almost a quarter of Nepal’s annual gross domestic product. But only $140 million of that was insured.

In economic terms, the costliest catastrophe was a series of winter storms that hit the northeastern United States and Canada at the end of February, causing insured losses of $1.8 billion, with total losses of $2.4 billion.

The patterns for weather catastrophes were somewhat unusual, according to the insurer. As a result of the extremely cold and long winter, the tornado season in the U.S. began later than usual. From May on, the number of severe storms increased, with tornadoes up to EF-4, and with wind speeds of up to 300 km/h. As of July 1, the number of registered tornadoes, at 830, was below the average for 2005–2014 (1,008).

Some of the current extreme weather conditions are tied to the El Nino weather pattern, or a warming of sea-surface temperatures in the Pacific, which can lead to scorching weather across Asia and east Africa but heavy rains and floods in South America.

“The currently already intense El Nino phase is expected to become even stronger as we head into the autumn,” Munich Re said, adding that, however, El Nino years tended to see fewer hurricanes in the United States.