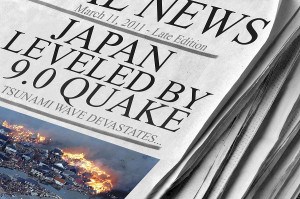 Insurance industry damage claims from natural disasters like the earthquakes in Japan and New Zealand reached a record $105 billion in 2011, said Munich Re, the world’s biggest reinsurer.

The cost to insurers from the earthquake and tsunami in Japan in March, which caused nearly 16,000 deaths, was estimated at $35-$40 billion, the company said on Wednesday in a review of last year’s natural disasters.

An earthquake in New Zealand in February added a further $13 billion to insurers’ claims payout for the year, Munich Re said.

The earthquakes together made up about half of last year’s total insured losses from natural catastrophes, which topped the previous record of $101 billion set in 2005, when Hurricane Katrina devastated New Orleans.

“Normally, it is the weather-related natural catastrophes that are the dominant loss drivers,” Munich Re said.

Despite the heavy payouts, many observers say that the claims were not big enough on their own to provide a broad boost to reinsurers’ pricing strength relative to their insurance company clients because reinsurers still have plenty of excess capital.

Total economic losses last year, including those not covered by insurance, totalled $380 billion, the reinsurer said, thus also topping the previous record of $220 billion set in 2005.

Munich Re’s figures differ somewhat from those of rival Swiss Re published last month, which include man-made disasters in the calculation.