Philippine health officials say a boy has died from massive injuries from a firecracker explosion in the first known death from violent New Year’s revelries that also injured 739 others. 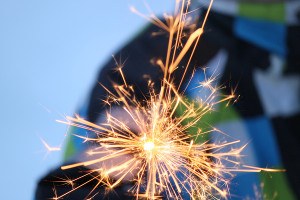 The Department of Health reported Monday that the 10-year-old boy packed a small can with explosive powder, which exploded and injured him seriously when he threw it into flames. He died en route to a hospital in northern Cabanatuan city on New Year’s eve.

Despite a government scare campaign, reckless revelries have continued as a New Year’s eve tradition across the Philippines in one of the world’s most raucous and dangerous celebrations.