The 156-page report calling for better safety regulations for stretch limousines was obtained by The Associated Press before its release Tuesday. It examines some of the safety issues raised in the July 2015 crash, when a limousine leaving a winery in Cutchogue attempted to make a U-turn and was struck by a pickup truck. 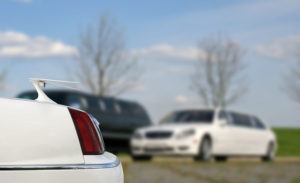 Limousines built in factories are already required to meet stringent safety regulations, but when cars are converted into limos, safety features are sometimes removed, leading to gaps in safety protocols, the grand jury wrote.

The panel, convened by the Suffolk County district attorney, said that some limousine companies have falsified paperwork with the state Department of Motor Vehicles in order to avoid more stringent inspections required for buses, which under the law are any vehicles that can carry 11 or more passengers.

The panel called on New York Gov. Andrew Cuomo to assemble a task force on limousine safety and report its findings to the National Transportation Safety Board. The NTSB said in September 2015 that it would investigate limousine crashes on a case-by-case basis. A spokeswoman for Cuomo and an NTSB spokesman didn’t immediately respond to a request for comment.

The limousine involved in the 2015 crash on Long Island was originally built as a Lincoln Town car and was “cut in half and then stretched to 120 inches to accommodate 10 occupants,” the report said.

Brittany M. Schulman, 23, of Smithtown; Lauren Baruch, 24, of Smithtown; Stephanie Belli, 23, of Kings Park; and Amy R. Grabina, 23, of Commack, were killed in the crash. Four other women and the limo driver were hospitalized.

Prosecutors have said that the limousine driver’s view was blocked by a Jeep turning in front of him but that he “failed to take any precaution or action to make sure he could safely enter the westbound traffic lanes” and made a U-turn without stopping.

A police accident reconstruction specialist found “there wasn’t enough space at the intersection for the limo to be able to make a proper U-turn,” the report said.

The limousine driver, Carlos Pino, and the driver of the pickup truck were arrested after the crash, though criminal charges against the limo driver were dismissed after a judge found there had been improper grand jury testimony in the case. Prosecutors have vowed to appeal the ruling. The pickup truck driver, Steven Romeo, has pleaded not guilty to drunken driving charges.