Gov. Jerry Brown on Friday signed a bill requiring limousines that operate in California to have emergency exits, but vetoed another bill requiring annual Highway Patrol limo inspections, saying it fails to properly pay for them.

The bills were introduced after two recent limousine fires including one in May that killed five trapped women on a San Francisco Bay Area bridge. 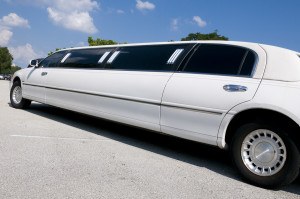 Brown signed SB 109, sponsored by Democratic Sen. Ellen Corbett of San Leandro, requiring limos that carry fewer than 10 passengers to have two push-out windows and two rear doors. Drivers also would need to instruct passengers about the vehicle’s safety features at the beginning of a trip, starting in January 2016.

The governor, however, vetoed SB338 from Sen. Jerry Hill, D-San Mateo, requiring the CHP to conduct annual safety inspections for stretch limousines for a fee of $75.

Brown said in a statement that the price was insufficient to cover the CHP’s inspection costs, and called for an otherwise-identical bill allowing for better funding.

“Riding in a limousine should be free from dangers that can be avoided with an annual safety inspection,” Brown’s statement said. “I call on the legislature to send me urgency legislation next January with the same provisions except authorizing the CHP to charge a fee for the actual cost to perform the inspections.”

Hill said he was disappointed in the veto because he believed after working with the CHP that the fee was a fair price, but said he was confident that adjusted legislation could be put into early next year because the governor “wants the bill and likes the bill.”

The May 4 fire killed five women, including 31-year-old bride Neriza Fojas as they rode to a wedding party across the San Mateo-Hayward Bridge.

A CHP probe found that the fire started when the car’s rear suspension failed, allowing the car’s steel drive shaft to scrape against the limo’s floorboards.

The state also was conducting an audit of the work of the California Public Utilities Commission, which is responsible for regulating and enforcing limousine safety.