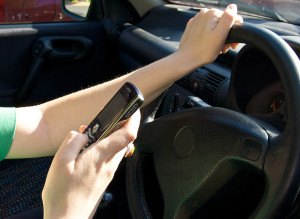 “There was a time when drunken driving did not have the stigma that it has today. There was a time when not wearing your seatbelt was acceptable,” said Gerry Wilson, president and chief executive officer of Plymouth Rock Management Company of New Jersey. “While we are pleased to see that New Jersey drivers are aware of the safety concerns, now it is time to transform awareness into a behavioral shift that will eliminate these actions from our roads.”

One promising finding from the study was that the percentage of respondents who texted while parked in a safe location doubled between the inaugural poll in 2013 and today.

As part of an initiative to encourage New Jersey drivers to make responsible choices, Plymouth Rock is introducing the #SaveYourSelfie campaign. Every month for the remainder of 2015 the company will give away $100 to one driver who uses the hashtag to demonstrate that they made the decision to park in a safe, designated parking location to text or use a mobile device. Drivers can win by taking a selfie in front of their safely parked car and sharing it using #SaveYourSelfie on Twitter or Instagram.

“Last spring more than 32,000 drivers rallied to pledge their commitment to safe driving and help Plymouth Rock set a GUINNESS WORLD RECORDS title for the Most Pledges to a Safety Campaign,” Wilson said. “This year, we hope New Jersey drivers will join us to #SaveYourSelfie.”

According to findings from the study: