While smoking among American teens has fallen to a 22-year low, most adolescents admit to engaging in a new type of risky behavior: texting while driving.

About 60 percent of American high school seniors say they have texted behind the wheel, according to the U.S. Centers for Disease Control and Prevention’s biennial survey of risky youth behaviors. Texting and driving can lead to car crashes, the No. 1 cause of deaths among adolescents, the Atlanta-based agency said in its report released today. 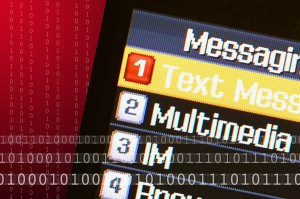 In addition to risky behavior, the survey describes adolescent Americans threatened by depression and suicidal thoughts as well as rape, bullying and assaults. Less dangerous behavior is commonplace: 88 percent of children who ride bikes said they never or rarely wore a helmet, for example.

“Way too many young people still smoke and other areas such as texting while driving remain a challenge,” Thomas Frieden, the director of the CDC, said in a statement. “Our youth are our future. We need to invest in programs that help them make healthy choices so they live long, healthy lives.”

Just 15.7 percent of high school students said they had smoked at least one cigarette in the 30 days before the survey. It’s the lowest smoking rate recorded since 1991, when the CDC began surveying dangerous behavior by U.S. children, including drinking, smoking, sex and violence.

While tobacco use has declined, Frieden said health authorities are noticing a “skyrocketing” popularity of new electronic cigarettes.

Most e-cigarettes are tubular devices that produce an inhalable vapor to mimic smoking.

They deliver nicotine while leaving out the tars, arsenic and other chemicals common in tobacco products. The Food and Drug Administration is considering regulations for the new products and has proposed a ban on the sale to minors.

About 70 percent of deaths among U.S. adolescents ages 10 to 24 result from four causes: car crashes, other accidents, murder or suicide. The CDC conducts its survey of dangerous youth behavior through public and private grade schools.

Among students who drive, 41 percent said they had texted or e-mailed from behind the wheel at least once in the 30 days before the survey. The rate rises as students age, with 61 percent of 12th-grade boys and 59.5 percent of girls reporting they sent a message while driving.

A CDC spokeswoman, Courtney Lenard, said the agency had changed its question about texting from 2011 to 2013 and has no comparison of texting-while-driving rates between the two years.

In addition to the decline in smoking, the CDC found improvement in some other areas. The number of children reporting that they were physically forced to have sexual intercourse against their will fell about 1 percentage point from 2011 to 7.3 percent. The survey showed 10.5 percent of girls reported being forced to have sex, a 1 percentage point decline since 2011.

About 47 percent of students said they had ever had sexual intercourse and 34 percent described themselves as sexually active, roughly the same proportions as in 2011.

Bullying, both on school property and online, also declined slightly, the CDC said. About 15 percent of students said they had been bullied via e-mail, chat rooms, instant messaging, websites or texting in the previous year, down from 16 percent in 2011.

The Obama administration mounted a public awareness campaign against bullying beginning in 2010, after public outrage over a handful of incidents in which students were driven to suicide by their harassers.