Stamford, Conn., firefighters have redoubled their efforts to prevent fires since three sisters and their grandparents died in a Christmas Day house fire in 2011. 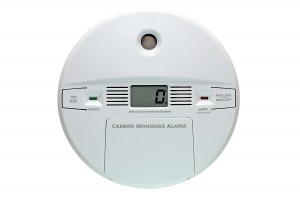 The department has distributed more than 600 smoke alarms and carbon monoxide detectors. Many were donated by the Stamford Fire Safety Foundation Fund, launched by Fire Capt. Matt Palmer after the deadly blaze.

“It’s not always people who are in financial need,” Palmer said. “Sometimes it’s the elderly person who isn’t comfortable climbing a ladder or people who just aren’t handy.”

The fire at Madonna Badger’s home killed 7-year-old twins Grace and Sarah, 9-year-old Lily and Badger’s parents. The city determined the cause was accidental.

“In my more than 40 years in the fire service, the actual traumatic effects on the firefighters from that incident was the worst I’ve seen,” he said.

Palmer said the initial surge in public awareness has subsided in the past two years.

Stamford officials mailed notices detailing the new fire safety requirements with July tax bills. Residents were asked to sign a form certifying that they had the proper smoke alarm equipment installed and mail it back to the city. About 20 percent of residents responded and city officials say more notices will be mailed with tax bills in January.