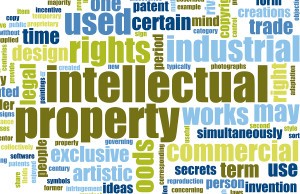 “That pill that you order online: Is that what it’s supposed to be? Or is it sawdust or something else?” Teyema said. “We’re looking at everything from health and safety to theft of trade secrets to intellectual property.”

Teyema said Washington was a logical choice for an intellectual property squad because the Department of Justice is headquartered in the nation’s capital and the National Intellectual Property Rights Coordination Center, a task force of different law enforcement agencies, is in the nearby Crystal City section of Arlington, Va.

Other cyber squads in the office focus on child exploitation, computer intrusion – or hacking – and digital forensics, such as recovering evidence from a computer or phone so it can be used in court.

“Most people, you’re thinking the Gucci purse, the Rolex knock-off watch – that’s a big problem to companies,” Teyema said. But, he continued, “As America has evolved over the last 200 years, we’re no longer just an industrial nation. We’re a country of ideas.”

The creation of the squad comes as federal authorities increasingly warn of the threat posed by hackers and cyberattacks, and as Americans confront the risk of a strike to the computer networks that control the electric grid, water supply and other sectors.

Defense Secretary Leon Panetta said this week the department was investing more than $3 billion a year in cybersecurity and warned that America would strike back against a cyberattack, underscoring a particular concern about Iranian-based hackers. The White House last week acknowledged an attempt to infiltrate its computer system, but officials said mitigation measures identified the attack and prevented it from spreading. Gen. Martin Dempsey, the nation’s top military officer, has said a cyberattack on critical infrastructure would put the armed forces as well as civilians in danger.

Even so, Democrats and Republicans in Washington haven’t agreed on how best to confront the risk, and Congress over the summer failed to pass cybersecurity legislation.

Although motives for cyberattacks vary, a common thread is that virtually all companies these days have an online and international presence, making them vulnerable to a competitor seeking to lift a trade secret or cripple a website, Teyema said. Government websites, too, are at risk to hackers.

“The international access to computers, and multi-national companies – and people wanting convenient access to their systems – that’s what’s opened up a lot of these vulnerabilities,” he said. “It’s still old vulnerabilities, old holes in operating systems, that people are getting in by.”