It may come across as an extreme case of nuptial nostalgia: A now-divorced man saying a photography studio should pay to recreate his wedding to make up for what he considers flawed pictures and video. 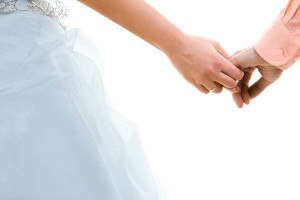 But after being branded a “groomzilla,” Todd Remis said Tuesday his now-notorious lawsuit is about holding a business to a pledge, not holding onto a broken marriage.

“It was their failure to deliver after a promise and a handshake” agreement to retouch the photos, Remis said in a statement provided to The Associated Press. “How could a business treat a customer this way?”

It was his first public response to a flurry of acidic commentary on the case in recent months.

While suits over wedding photographs aren’t unusual, what set Remis’ case apart is his mention of wanting to reconstitute the ceremony and celebration of a bygone union. He said during sworn questioning this summer that the two began divorce proceedings in 2008. The split was final in 2010, and he said he believed his ex-wife had moved back to her native Latvia.

Nonetheless, “I need to have the wedding recreated exactly as it was so that the remaining 15 percent of the wedding that was not shot can be shot” and the album and video completed “so we have memories of the wedding,” he said during his July deposition, according to a transcript. “So we would need to recreate everything to complete that.”

After his remarks about recreating the wedding appeared in a story in The New York Times in November, Remis’ quest became a punchline in quarters ranging from the legal blogosphere to the city’s tabloids. The Daily News gave him a “New York Knucklehead Award”; CNN’s Anderson Cooper included Remis on his “RidicuList.”

Remis declined through a spokeswoman to be interviewed.

Remis sued H&H Photographers in 2009, saying the venerable suburban New York studio had done a shoddy job of shooting his and Milena Grzibovska’s December 2003 wedding at a century-old hotel overlooking the Hudson River.

The photographer ignored the couple’s request not to shoot in front of a mirror that ended up reflecting photographers’ lights, and the photographer and videographer left 45 minutes before the end of the reception, missing the last dance and the bouquet toss, says Remis, 44, who has worked as a stock analyst.

Grzibovska, who is in her early 30s, had come to New York in June 2002 from the University of Iceland to study how to teach English to foreign-language speakers, according to a piece that September in a Columbia University newspaper.

Still, Remis and his bride “were newly married and in love” and not looking for a fight with photographers, his statement says.

H&H co-owner Daniel Fried says he stands by the quality of the two hours of video and the hundreds of color and black-and-white photos, which were shot on film.

“I think the photography is lovely,” Fried said by phone from the studio in Irvington, New York. But he said he offered in 2004 to adjust the photos and upgrade the wedding album, telling Remis the two needed first to pick out which pictures they wanted.

“Obviously, I couldn’t turn back the clock,” Fried said.

He says Remis never got back to H&H until he wrote in 2009 to demand a refund and interest – about $5,750 in all – and the completed photos and video.

The idea of a wedding-photos dispute that outlasted the marriage has been met with raised eyebrows by Manhattan state Supreme Court Justice Doris Ling-Cohan, who invoked lyrics from the Barbara Streisand hit “The Way We Were” in a ruling last year that threw out some legal claims but let others go forward.

“This is a case in which it appears that the `misty watercolor memories’ and the ‘scattered pictures of the smiles … left behind’ at the wedding were more important than the real thing,” she wrote.

And H&H co-founder Harold Gillet put it more bluntly in an August 2010 letter to the court: “The divorce renders the further demands for photos, etc., ridiculous.”

Both sides have suggested they might be open to a settlement, but the case continues for now.