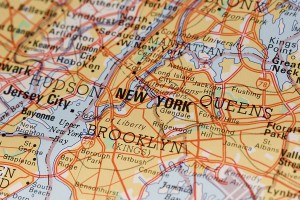 The mass transit system might have to be shut down on Saturday, making it difficult for residents to leave if they wait, Bloomberg said at a televised news conference.

Hurricane Irene, raging up from the Caribbean toward the U.S. east coast, is expected to hit New York on Sunday with winds of up to 95 miles an hour.

Public transport in New York, home to Wall Street, Broadway theaters and thousands of businesses, might have to be shut through Monday.

Bloomberg made it clear people in coastal areas such as Battery Park City on Manhattan’s southern tip, Coney Island and the Rockaways should not linger until he issues an evacuation order because that could endanger emergency workers.

Bloomberg said he would decide by 8 a.m. on Saturday on whether to order about a quarter of a million coastal residents to evacuate. City shelters will open by 4 p.m. on Friday, he said.

To keep traffic flowing, public permits for events such as fairs and block parties were revoked for Sunday. Permits in coastal “Zone A” areas were canceled for Saturday.

SUBWAYS MAY BE HALTED

The subways might have to be shut because surging sea water could damage equipment. Commuter railroads face flooding and strong winds that might knock down their power lines.

“It takes us a minimum of eight hours to shut the system down,” he said.

Some Long Island service already was being modified.

“The Hamptons special trains for tomorrow are canceled,” Walder said.

The MTA also runs major city bridges and tunnels. Whether bridges must be closed will be decided on a case-by-case basis, Walder said.

Nursing homes, hospitals and senior citizens’ centers in the low-lying areas must evacuate — unless the city and state give them permission to stay — by Friday night.

“For those who are homebound and not as mobile as we would like (them) to be, we would strongly urge that they move tomorrow,” Bloomberg said.