Insurance industry professionals are bullish when it comes to the economy and their jobs, according to an industry expert. The same appears to hold true for the claims adjusters and managers who responded to the third annual Claims Journal 2014 Job & Salary survey.

More than 80 percent of survey respondents felt confident in their job security. Job confidence appears to lead to happier adjusters, too. More than 88 percent like working for their employers, and more than 50 percent were happy with their overall compensation.

The survey results are based on responses from 442 participants in 29 states during April and May 2014. This is the third annual survey.

The survey revealed that 86 percent of respondents work for admitted carriers and that the majority of adjusters still work in a company office.

Dave Coons, senior vice president of The Jacobson Group, citing his company’s January labor study results, found that “the respondents seem to be very bullish on the state of the economy, the state of the insurance industry and employment.”

He explained that in January 2014, the unemployment rate for the insurance industry fell to just 2 percent.

Staffing and revenue plans for the year are positive, too. He said insurers planned to increase staff in technology, underwriting, claims, and sales and marketing.

“Sixty-two percent [of respondents] indicated that they planned to increase staff, and 87 percent are forecasting increases in their revenue,” Coons said, referencing the Jacobson study.

In addition, insurers are continuing to add temporary staff. Coons said that between January 2013 and January 2014, 230,000 temporary jobs were added.

“Seventy-two percent of the companies that responded to the [Jacobson] survey said they’re going to maintain their temp staffing levels,” he said.

“They aren’t cutting back. They may not be growing them, but they’re going to keep them as strong as they have been,” Coons said.

He added that “another 15 percent said they actually plan to increase temp staffing levels.”

“Of all the respondents [to the Jacobson survey], only 13 percent were anticipating a decrease in temp staffing, and some of that, or probably much of that, comes from seasonality,” according to Coons.

While carriers are holding on to their temporary claims staff, they are also looking to outsource some claims functions.


Powered by InsuranceJournal.tv
Karlyn Carnahan, research director at Celent, said there is a lot of outsourcing in claims. Carriers typically do this for a few reasons.

End-to-end outsourcing of the entire claims process typically happens with small carriers that don’t have a full claims staff.

More prevalent, according to Carnahan, is outsourcing specific claims functions, like after-hours first notice of loss report taking, adjusting or inspecting the risk itself, disbursements, payments, recoveries and subrogation.

“These are specialized processes where having expertise can not only reduce the cost, but even more importantly can improve the outcome,” Carnahan said.

Other areas that can be outsourced include medical bill review, litigation management, document processing and data analytics.

“It’s difficult for carriers to have all of the expertise necessary in-house to do all of the different aspects of a claim very well,” Carnahan said.

A big challenge to finding talented claims people is the low unemployment rate, according to Coons.

“Finding talent is a pretty significant challenge right off the bat,” Coons said. “Demand is high, and supply is relatively low.”

Part of the demand, both he and Carnahan said, is being created by the aging workforce.

For a few years now, the insurance industry, and claims in particular, has had to consider its aging workforce. The majority of adjusters that responded to the Claims Journal survey fell into two age categories — 41 to 50 and 51 to 60 — confirming that claims professionals are getting older. Each of the two prior surveys reflected similar figures.

Claims managers responding to the survey also voiced their concern over the aging workforce and impending retirement of experienced claims personnel.

“We hear this time and time again by our clients and throughout the conferences that we attend … that there’s this impending skills gap,” Coons said. “They have an aging workforce population that they know they’re going to have to deal with. We expect that nearly half will retire in the next 15 years. In claims, this is particularly hard-hitting.”

Carriers are looking for skilled adjusters with appropriate licensing that also have knowledge and experience with particular technologies, Coons said.

“Certainly they’re looking to bring in people at all levels of experience. Carriers are definitely trying to attract relatively new employees, younger employees who are less experienced. They’re looking for mid-level folks who can bring some experience in. But what they’re really trying to figure out is, ‘How do we capture the expertise of this brain trust and embed it in our processes?'” Carnahan said.

Most of the respondents in the Claims Journal survey had experience levels totaling more than 20 years.

This is one reason why carriers are focusing heavily on replacing claims administration systems.

“What they’re trying to do is gather that expertise, gather that knowledge and build it into the system, whether it’s being built in through business rules, through workflow, through the ability to get approvals or authority to take a look at those when those happen,” Carnahan said.

To fill the gap, carriers need to look at college graduates, Coons said.

“That is about the only way we’re going to address this skills gap, when you look at having nearly — it’s about 48 percent — of your workforce population that’s going to retire in the next 15 years. Those who are in the wings today will be able to move into those roles in which the older generation retires from, but it leaves us with a tremendous gap on the back-end,” Coons said.

Coons said that companies will try to fill the gap with college grads and those with less than two years of experience.

Since adjusting skills may be lacking, carriers must hone in on the characteristics of new employees, the experts suggested. Do they have the motivational fit? Do they show the maturity? Do they have the intellectual horsepower? Do they want to build a long-term career around a claims discipline?

The right talent will no doubt affect the longevity of claims businesses. 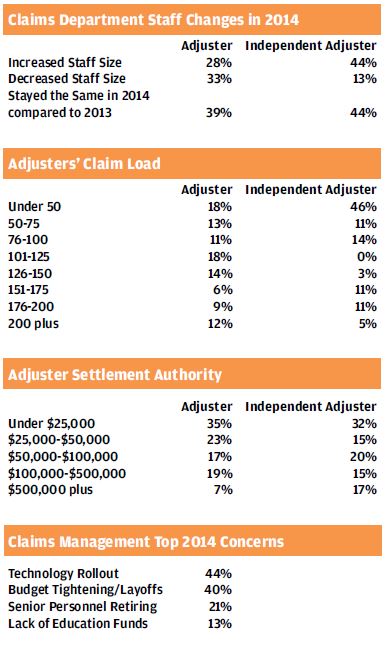 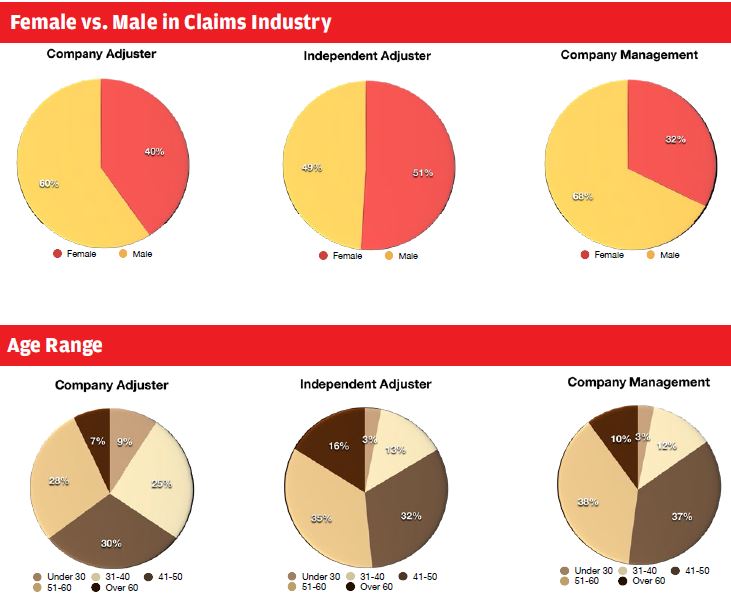