Last year, the NFL agreed to settle a concussion lawsuit filed by former players for $914 million. As concussion-related lawsuits continue to be filed against professional sports teams, equivalent claims and litigation will soon be seen in a variety of youth sports and non-professional organized sports leagues, according to partner Robin Dusek, a member of Freeborn & Peters Insurance/Reinsurance Industry Team.

A study released last year by the Institute of Medicine (IOM), which focused on young athletes aged 5-to-21 years, found that concussions rates were higher among high school athletes than college athletes in certain sports, including football, men’s lacrosse, soccer and baseball.

The report found that while the typical concussion recovery rate among young athletes was about two weeks, in 10 to 20 percent of cases symptoms could continue for weeks, months or even years.

Concussions are more common in high schools than colleges in certain sports.

Dusek, a Chicago-based attorney, said insurers should prepare for increasing claims arising from players and their families against non-professional sports leagues, including high school and junior high football, soccer, hockey, rugby and lacrosse.

“We live in a litigious culture. There’s more awareness of this as a problem. I think that’s going to cause more people to take action and make them see it looking a lot of different ways because deep pockets are always an issue with litigation. I think it’s going to be particularly apparent with youth sports, because a lot of park districts and schools will be protected or protected to some degree by governmental immunity, and so they won’t be a viable target for a lawsuit,” Dusek said.

The claims could impact several lines of insurance, according to Dusek. A medical malpractice claim could arise if a doctor failed to properly diagnosis a head injury and allowed an athlete to return to play. A homeowners’ insurance claim could arise as a result of a coach being sued for his or her alleged role in an injury claim.

“Individual coaches may be sued because a lot of coaches will have homeowners’ policies or other umbrella policies that protect them from liability. Or protect their exposure to liability, I should say. Doctors who don’t take the necessary steps to make sure a kid doesn’t have a concussion and then it turns out they have a concussion and they play and they get hit again and maybe have a more lasting impact because of that,” said Dusek.

Even with the possibility of governmental immunity, the Freeborn & Peters partner expects school districts will continue to be targeted.

“I think you may see some suits against school districts that, to get around the governmental immunity are alleging more willful or wanton acts against the school district; that they should have known and the fact that there’s not a trainer on the sidelines, for example, during practice. That’s something that is not just negligent, but rises to a level that’s beyond negligence to try to get around the governmental immunity protection that a lot of schools will have,” Dusek explained.

Director and officer liability policies could also be implicated.

“If you look at, I guess a situation where a school board hasn’t authorized enough trainers to be available for games and practices or they know that there’s a coach that is known to take risks with players and they don’t replace him or her. I think that’s certainly an area of exposure with school boards and with universities, with their board of directors and those types of situations,” the Chicago-based attorney said.

According to Renee Callantine, a San Francisco-based attorney, claims for bodily injuries could present a variety of coverage issues, depending upon who the claim is made against and the policy under which the claim is tendered. 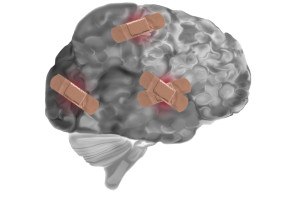 “For instance, if a claim is made against a coach or manager for personal injuries by a player, the claim may be tendered under a homeowners’ policy. This type of policy provides coverage for bodily injuries but, as relevant here, will typically contain exclusions for business pursuits and professional services,” Callantine said. “The former applies to claims arising out of any business engaged in by the insured and business is interpreted broadly to include full or part-time activity engaged in for profit or gain.”

“Again, most states interpret professional services broadly as an activity normally undertaken for pay. Both exclusions would apply to claims made by coaches and others employed by schools to oversee the sports activity. The exclusions might also apply to voluntary coaches, as both have been found applicable in cases where the activity is undertaken free of charge, although the applicability in that scenario is a little less clear and will vary by jurisdiction,” said Callantine.

She said claims tendered under a school or organization’s policy will be analyzed differently because those policies will not contain business pursuits or professional services exclusions. But the exclusion for “expected or intended” injuries may apply, depending on the facts of the case.

“[W]here the claims are brought against the directors and officers of an organization, they will typically be excluded from coverage under the standard D&O forms. This coverage is not intended to apply to bodily injury exposures and are typically specifically excluded,” Callantine added.

Other issues, according to a Marsh update on the subject last year, include multiple policy triggers, allocating claims to appropriate policy years and negotiating coverage agreements with multiple insurers.

Marsh noted that insurers could seek to challenge coverage based on whether an injury occurred during the policy term, the “expected or intended injury” exclusion, lack of an “occurrence” and known risk defenses.

As sports-related claims and litigation rise, concussive injury exclusions will begin to show up in school insurance policies.

“I think that actually the insurance companies can play a role in making sports safer for participants because they can impose exclusions, impose certain requirements for making sure sideline tests for concussions are available or requiring that there has to be a certain number of trainers available,” Dusek said.

Besides adding exclusions to policies, insurers could raise premiums or impose safety requirements, the Freedman and Peters partner said.

“I think the insurance field can actually potentially make sports safer. I think they will use their ability to write in exclusions or write in requirements, increase premiums for school districts or park districts that don’t have certain precautions in place, that their premiums will be higher than another school district that has a lot more precautions in place. I think that the insurance world will make a difference in how all this plays out. My hope is actually that it makes a safer environment for those participating in sports,” said Dusek.

AIG insures more than 5,000 athletic organizations and sport camps, providing participant coverage, risk management services and liability insurance. The company instituted a program called aHead of the Game, which provides education and risk management to coaches, parents and athletes.

Dusek said other measures insurers could take include defining what is and isn’t an occurrence and imposing aggregate limits. Governmental entities could consider imposing damage caps.

What about signed releases or waivers?

“I’ve looked at the impact of releases in general in sports and whether athletes can sue for things that are arguably released. It really is just going to be a case-by-case analysis,” said Dusek. “Whether the release really would be read by a common person to cover whatever damage is being alleged. Whether the school or the coach or whoever’s being sued was acting within the sphere of what should be expected or were they being extra negligent or what the specific facts are,” said Dusek. “What it seems to me, and this is a general statement and individual cases can differ, if it’s outrageous enough or if the damage is terrible enough, courts tend to find ways around a release.” 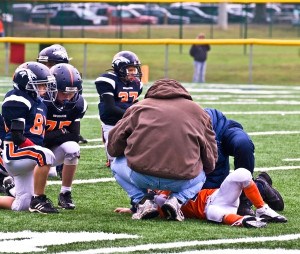 Some fear that overwhelming litigation against school districts and small youth organized sports teams could lead to the end of non-professional youth sports. But Dusek does not expect that to happen.

“It’s going to be interesting to see what plays out with this. I think there’s certainly a lot of, in our culture there’s a lot of people who see value to kids participating in sports, and there is value to kids participating in sports. I think right now we’re at a point where we don’t know enough about how to protect adults or children from lasting brain injury from their participation in sports,” Dusek said. “As we know more that may allow sports to continue as they have been with maybe different helmets or different rules in place. But I do think it will have an impact, certainly, on the number of children participating in sports like football and hockey and possibly lacrosse, rugby, soccer.”

Go to ClaimsJournal.com to vote on the latest poll questions: Will the risks associated with concussions end casual, organized sports?

Your Corporate Email Isn’t as Safe as You Think