Bill Mudge has been put in a unique position during the pandemic.

Mudge is president and CEO of the Workers’ Compensation Insurance Rating Bureau of California.

After COVID-19 shut things down in California and the rest of the world, workplaces were radically transformed in ways that may take a long time to be undone.

Soon after the shutdown, things got much more hectic at the WCIRB. 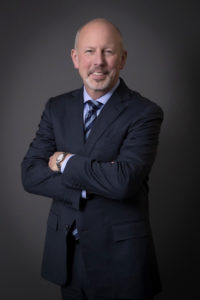 The bureau was asked by the California Assembly to conduct an evaluation of a potential conclusive COVID-19 presumption in California workers’ comp. Specifically, the WCIRB was requested to provide the cost impact of a conclusive COVID-19 presumption for healthcare workers, firefighters, EMS and rescue employees, front line law enforcement officers and other essential critical infrastructure employees.

The impact of a conclusive presumption that COVID-19 claims arising from these front-line workers, which are presumed to be work-related, is staggering.

The WCIRB estimates that the annual cost of COVID-19 claims on ECI workers under a conclusive presumption ranges from $2.2 billion to $33.6 billion, with a mid-range estimate of $11.2 billion, or 61% of the annual estimated cost of the total workers’ comp system prior to the impact of the pandemic.

The WCIRB in April submitted a special regulatory filing to the California Insurance Commissioner with proposals to address the COVID-19 pandemic, among which, one was excluding COVID-19 claims from the experience rating. Earlier that month, the group took the extraordinary step of deciding not to submit a July 1, 2020 rate.

While Mudge and the WCIRB crew were handling all of this, they were dealing with their own extraordinary circumstances.

“Even in our own company, we’re obviously all working remote, 180 of us, out of our homes have been since the Bay area stay-at-home order came in on midnight on March 16,” Mudge said. “We went out immediately on March 17 and haven’t been back.”

Mudge, who took the helm of the WCIRB in 2011 following a 30-year career in the insurance industry, believes many businesses may have to reinvent themselves to adapt when the shelter-in-place orders are lifted.

“Because we’re not going to flip a light switch back on and go, ‘Okay, everybody back in the office,'” Mudge said. “We’re talking right now in our own company about how do we redesign our workspaces for physical distancing? How do we put up new traffic patterns so people aren’t walking by each other in the office? What do we do about break rooms and coffee bars and all those things? Are those all things of the past?”

A staggered workforce, with some working from home and some working in the office, collaborations using new technologies, including pandemic preparedness in risk management plans, are a few answers to some of those questions, Mudge said.

“You just think of the myriad of businesses that have to reinvent themselves as a result of this,” he said. “I mean one of the things that we’re thinking about with our own classification group is what is this potentially going to do to classifications going forward? We’re going to keep our ear really close to that to see if there in fact are sustainable changes, not just in this interim period of time, but long-term sustainable changes.”

A major short-term change that will no doubt impact the workers’ comp space was made on May 6, when California Gov. Gavin Newsom announced that workers who contract COVID-19 while on the job may be eligible to receive workers’ comp.

Newsom signed an executive order that creates a time-limited rebuttable presumption for accessing workers’ comp benefits applicable to Californians who must work outside of their homes during the stay at home order.

Those eligible will have the rebuttable presumption if they tested positive for COVID-19 or were diagnosed with COVID-19 and confirmed by a positive test within 14 days of performing a labor or service at a place of work after the stay at home order was issued on March 19. The presumption will stay in place for 60 days after issuance of the executive order.

California is not alone in easing the path to workers’ compensation benefits. Twelve other states have issued executive orders or amended rules to expand eligibility. Most of those actions concern only for healthcare workers and first responders.

The American Property Casualty Insurance Association, the primary national trade group for home, auto, and business insurers, called the California order “overly broad,” and said it could force employers to cover COVID-19 cases not contracted in the workplace.

The Workers’ Compensation Action Network expressed concern the order will make employers responsible for COVID-19 cases contracted outside of work, and that “even rebuttable presumptions undermine the ability of employers to determine whether the illness is related to work.”

Mudge said the effect of the governor’s order will surely be felt, and the WCIRB is in the process of gathering data on how big the impact could be.

“Well, I mean there certainly will be an effect,” Mudge said. “What’s the magnitude of that effect? We don’t know yet. We’re actively undertaking a piece of research on that and we started on it the day that we heard about that executive order.”

The WCIRB is holding an actuarial committee meeting on Tuesday, which is open to the public, where they will address the topic.

One would think the WCIRB’s conclusive presumption study would be a guide, but it differs from Newsom’s executive order, which was for a defined period of time. The order is broader in its cohort than the presumption analysis in that it applies to everyone who leaves from working from home and goes back to work and contracts COVID-19, it’s rebuttedly presumed to be work related, according to Mudge.

Mudge said he hopes to have some analysis on the governor’s executive order available by the end of next week.

“It’s going to be a smaller impact effect than our original presumption evaluation, because it’s rebuttable not conclusive,” Mudge said, adding the order is only for a four-month period, not a whole year, which was the WCIRB evaluated.

Clearly the biggest impact on the workers’ comp system will be the economic fallout from this pandemic with unprecedented levels of unemployment.

Unemployment will significantly reduce payroll, and that will reduce premiums. Add to the mix premiums due from businesses that can’t pay those premiums, as well as potential new claims coming in to the system from the COVID crisis, and things look ugly.

Mudge believes it’s possible well sees some effects similar to what occurred in the last recession.

“We saw this in the great fallout from the great recession in the late 2000s, that post-termination workers’ comp claims in California on the order of cumulative injury claims spike up,” he said. “And with that many unemployed independent of COVID-related claims I think we could probably expect to see some spike up in cumulative injury claims in California.”

Claims going up, payrolls going down. Neither one of those alone is good.

“When you have them both happening at the same time it’s really not good,” Mudge said. “And if you look what’s happened in the stock market and interest rates, and insurance companies relying on investment income to bolster their results as well investment income, it isn’t good for anybody right now either, so it’s cause for real concern.”

Mudge this week penned a president’s message to the state’s workers’ comp community, in which he assured readers that the WCIRB “is leaning in” with research and proposed regulations to assist the industry and California employers.

In his letter Mudge noted that for the past several years California’s workers’ comp system has already been in unprecedented waters, with a historic period in which employers are now paying some of the lowest rates in decades, injured workers are getting greater benefits, and insurers have had a run of seven consecutive accident years of industry-wide combined ratios under 100.

Mudge said the WCIRB will outline its work on regulations and research during a virtual public hearing on Monday, when the group will also discuss proposed regulations that are the subject of the special regulatory filing that we made with the California Department of Insurance.

Part of the discussion will deal with payroll of employees who are not working.

“So, maybe they’re being paid through one of these government support programs or they might be being paid out of the goodness of their employer’s heart, but they’re not working at the business they’re just home,” Mudge said. “And so, what we have proposed is anyone who is not working but is being paid that that payroll be excluded from reportable payroll. That’s number one, to help employers out to say, ‘Hey, look you don’t have to report that payroll for worker’s comp purposes.'”

A third proposal has to do COVID-19 diagnoses. If COVID-19 was the principal cause of a claim, those COVID-19 claims would be excluded from an employer’s experience rating calculation.

Mudge’s president’s message, as his messages often do, attempts to impart a positive outlook for those who receive it.

“Pandemic, cyber risk and data privacy are among the new ‘keep us up at night’ realities in addition to the myriad of issues we have learned to manage through in workers’ compensation,” the letter states. “What lies ahead? It will be a challenging period of time for our industry and the many customers who we collectively serve. We know that. Together, however, we will persevere, protect, teach and navigate forward. In that, I am confident.”

Jergler covers the Western region for the Insurance Journal.