Portland, Ore., is aiming to crackdown on toxic emissions by requiring developers to more thoroughly search for lead paint and asbestos before demolishing houses.

The city council on Thursday adopted rules that require those who seek to knock down a house to notify neighbors and to have the city inspect the site at least twice, The Oregonian/OregonLive reported .

The new demolition rules apply to all buildings that house one to four families and are at least 200 square feet (18 square meters). The rules will be implemented by city’s Bureau of Development Services. 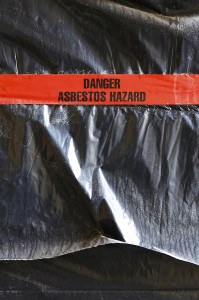 Those seeking a demolition must provide an asbestos survey to the city before they can receive a permit. The cost of the permit will also increase to $180 to fund two new city inspectors. The inspectors will be required to visit the demolition site before, during and after the house is razed.

The inspectors are tasked with ensuring that the demolition sites have a plan to control dust, that exterior paint is removed and that materials that might contain lead or asbestos are wetted down to limit dust.

At least 700 demolitions each year are expected to fall under the new rules, said Nancy Thorington, the bureau’s code and policy analyst.

Lead and asbestos are hazardous to heath and are often found in homes built before the 1980s.

The city’s new rules came about after the state Legislature last year passed a bill giving more power to cities to regulate lead and asbestos in demolitions.

“I see a real model for the rest of the state,” Dembrow said. “`If the city of Portland can do this right, I can certainly see other cities taking this up and taking this on because their residents are equally concerned.”