State records show Colorado has only three people assigned to check on the safety of pipelines running from about 54,000 active oil and gas wells, a task that came under scrutiny after a leaking pipeline was blamed for a fatal house explosion.

The Denver Post reported that since 2016, an inspector has checked about 400 of those pipelines and an engineer has audited company records for inspections of lines at about 2,800 wells.

The April 17 explosion in the town of Firestone killed two people. Investigators have said unrefined, odorless gas was leaking into the home from a pipeline that was thought to be out of service but was still connected to a nearby well.

The pipeline, called a flow line, is one of thousands in the state installed to carry oil and gas from wells to storage tanks or other collection points. 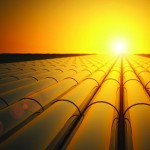 After investigators announced their findings in the Firestone explosion, the Colorado Oil and Gas Conservation Commission, which regulates the industry, ordered energy companies to inspect and test all flow lines within 1,000 feet of occupied buildings.

A 2014 report by the Oil and Gas Conservation Commission requested by the Legislature said pipelines were the source of half of the equipment failures that cause industry spills in Colorado.

The report said the state did not have a formal program to monitor whether energy companies were conducting required tests on pipelines.

In 2016, the commissioner assigned an inspector, and engineer and a supervisor to monitor compliance.

The engineer has audited 24 oil and gas companies to see if they are keeping records on required annual pipeline tests. No operators were cited for a violation in 2016.

Lawmakers and regulators are weighing more extensive measures including a comprehensive map of all flow lines. Gov. John Hickenlooper, a Democrat and a former petroleum geologist, and legislators from both parties agree a map is needed.

Two Democratic lawmakers introduced a bill Friday to require such a map, but the Legislature adjourns this week and the measure faces long odds.