Weighing in on how Nevada should test people for stoned driving, lawmakers advanced a measure on Friday to eliminate urine samples as a viable measure for police to show a driver to be impaired by marijuana.

Under the bipartisan proposal, law enforcement officers would continue using blood tests to prove a person was illegally operating a passenger car, commercial truck or boat while high. 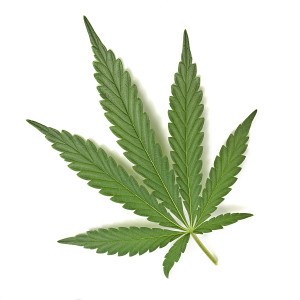 The bill would retain specific legal limits set in 1999 for drivers’ blood content of THC, the psychoactive chemical in pot. Anyone with a blood-THC level at or above 5 nanograms per milliliter is considered too high to drive.

“There’s still no proof that those standards mean anything, but at least we’re moving to something which is scientifically provable,” said Sen. Tick Segerblom, a Las Vegas Democrat and chairman of the Senate Judiciary Committee.

Researchers at the Touro University Nevada College of Osteopathic Medicine are among experts who say marijuana’s cognitive impairment cannot practically be detected in urine. Marijuana can be identified in urine but not accurately measured, the Touro study shows, making it a less-expensive option to blood tests for checking on simple prior use but improper to measure impairment.

Others question the blood-THC measure.

The automobile federation AAA commissioned a study last year that found no scientific basis reliably linking THC measures to whether a person is impaired.

Traces of marijuana can remain in a person’s blood for weeks – and at high levels in frequent users.

In 2016, Nevada was one of six states that had set exact THC blood thresholds for drivers.

Courts and juries in several of the 26 states that allow some form of marijuana use have upheld the rights of marijuana users to rebut the blood tests or decided in individual cases that blood testing is inaccurate.

Members of the Senate Judiciary Committee unanimously approved Assembly Bill 135, sending it to the full Senate for consideration. Members of the Assembly voted 34-4 to approve it last month.