Courts don’t always rigorously enforce these additional requirements. Some federal judges have suggested that some Blue Ridge prerequisites may be relaxed when an insured who is represented by independent counsel demands that the insurer accept a particular settlement demand. For example, in State Nat’l Ins. Co. v. Khatri, No. C 13-00433 LB, 2013 U.S. Dist. LEXIS 132167, at *29 (N.D. Cal. Sept. 13, 2013), the court emphasized that “State National alleges that Defendants demanded at the September 2012 mediation that State National pay the $125,000 settlement amount and threatened to sue it for breach of contract if it did not do so.”).

Similarly, in Markel Am. Ins. Co. v. G.L. Anderson Ins. Servs., 715 F.Supp.2d 1068, 1076 (E.D. Cal. 2010), the court emphasized that “the evidence is also undisputed” that independent counsel “demanded that plaintiff settle the claims for the policy limit four days before the settlement offer deadline.” And in Progressive W. Ins. Co. v. Dallo, No. 07CV1003 IEG (BLM), 2007 U.S. Dist. LEXIS 80216, at *23 (S.D. Cal. Oct. 30, 2007), the court concluded “that neither an express notification of Plaintiff’s intent to accept a policy limits settlement nor a specific offer by Plaintiff to Defendants that Defendants maintain their own defense was necessary for Plaintiff to preserve its reservation of rights.”

One federal judge has even suggested that an insured’s waiver of the right to independent counsel may also relax the Blue Ridge prerequisites. In Phillips & Assocs., P.C. v. Navigators Ins. Co., 764 F.Supp.2d 1174, 1177 (D. Ariz. 2011), the court held that even though “the Insureds allege they were not expressly given the opportunity to assume their own defense, they admit to signing a waiver on October 21, 2009 with respect to their right to select independent counsel.”

But insurers and their attorneys should not count on relaxed enforcement of the requirements Blue Ridge articulated. Other courts strictly enforce the Blue Ridge requirements more strictly. An example is Allstate Ins. Co. v. Baglioni, 551 F. App’x 351, 352 (9th Cir. 2014), where the Ninth Circuit held that “we are bound by Blue Ridge, and Allstate cannot state a claim for reimbursement against Baglioni without alleging compliance with each of Blue Ridge’s prerequisites.” As a result, insurers that cut corners will often lose the right to seek reimbursement of uncovered settlement payments.

Trying to formulate a standard form reservation of rights letter that can be sent out at the beginning of a case to adequately reserve Blue Ridge rights is probably a self-defeating proposition. It is not enough to generally alert the insured to the fact that at some later point in time the insurance company may want to accept some hypothetical future settlement demand and that the insured might have a right to object to the settlement and assume responsibility for funding its own defense.

The final required step entails advising the policyholder that if they believe the case is defensible, they can object to the settlement and assume responsibility for their own defense. By offering the insured the right to take over their own defense funding, the carrier gives the insured a chance to avoid responsibility for damages that may be uncovered by securing a favorable verdict – a verdict that avoids liability or minimizes damages.

During the Blue Ridge reservation of rights process, things can get very contentious, very quickly. Policyholder attorneys may naturally resist putting their clients in a position where they were getting an insurance funded defense one day and the next they are paying money out of their own pocket to defend the insurance company’s lawsuit seeking hundreds of thousands of dollars in reimbursement.

When there is a sense of urgency and communications get heated, attorneys for the insurance company can get overly defensive or overly aggressive. And it is possible that an insurer may imperil what would be an otherwise valid Blue Ridge reservation by making too many demands. For example, a Blue Ridge reservation of rights letter that tells the insureds that the insurer will settle the case and seek reimbursement unless the insureds assume responsibility for their own defense and waive the right to seek indemnity may go way too far.

It is one thing to tell insureds, as Blue Ridge mandates, that the insurer will accept the settlement demand and seek reimbursement unless the insureds agree to assume their own defense. But it is something else to condition the right to object on the overt forfeiture of indemnity coverage.

Under the Blue Ridge “prerequisites,” the insureds may have to fund their own defense if they reject the insurer’s offered “settle and sue” approach, but if the insureds’ defense is unsuccessful, the duty to indemnify up to the limits remains an open question. If the insured can establish that the adverse judgment was partially or fully covered, the carrier would have to indemnify. The benefit for the carrier is that the indemnity is capped at policy limits and extra-contractual exposure is eliminated, not the complete elimination of coverage.

Another mistake tends to happen when the insurer sees both the claimant and the policyholder as a problem, or when the insured lacks financial resources. Some Blue Ridge reservation letters actually go so far as to say the carrier insurer will reserve the right to sue both the claimant and the insured for reimbursement. That approach appears to be invalid. While a claimant could theoretically agree to that suggestion, the insurer has no ability to unilaterally reserve a reimbursement right as to the claimant. And including the claimant in a letter that attempts to satisfy the Blue Ridge reservation prerequisites could backfire. It could prompt the claimant to withdraw the settlement demand and facilitate the insured’s argument that the insurer’s position toward the claimant squandered the opportunity to settle within limits. That would enhance the likelihood that the carrier insurer ends up exposing itself to liability above and beyond the policy limits.

The logic behind Blue Ridge is that the insurance company should not be put in a position of having to either expose itself to bad faith liability for part of a covered judgment that exceeds the policy limits or lose the right to establish non-coverage. While this concept sounds simple, Blue Ridge reservations have proven to be difficult to properly execute.

Under Blue Ridge, the insurer can stand on its “no coverage” position, refuse to settle and potentially be exposed to excess liability if the coverage calculation turns out to be wrong. Or it can play it safe by accepting the settlement demand, while reserving the right to seek reimbursement from the insured. However, as Justice Mosk’s concurring Blue Ridge opinion explained, a third option may exist – allow the insured to refuse settlement, but retain the insurer-funded defense while waiving any right to pursue the insurance company for excess liability above policy limits based on a bad faith refusal to settle. Some insurers have successfully used this approach. For example, in American Modern Home Ins. Co. v. Fahmian, 194 Cal.App.4th 162, 164 (2011), the insurer’s “settlement advisement letter” warned that “it intended to accept the settlement demand unless [the insured agreed to] take over his own defense, or waive any later bad faith claim based on the failure to settle the action.”

It is important to remember that an insurance company and a policyholder can always agree to a different arrangement. Policyholders and their liability insurers can be as creative as they want to be, as long as they can reach an agreement. However, when agreement cannot be reached, an effective Blue Ridge reservation of rights will be needed.

Blue Ridge did not answer all the questions that can arise. For example, what happens if the insureds elect to undertake their own defense and they get a defense verdict (or a verdict below policy limits) at trial? Can the insureds then turn around and force the insurer to reimburse defense expenses the insureds incurred after the insurer forced a Blue Ridge election?

What if the insurer’s Blue Ridge reservation letter said the insurer wants to accept the settlement because the chances of getting a defense verdict are minimal and the exposure, whether covered or not, is likely to far exceed the policy limit? After the insured successfully defends the case, the insurer’s incorrect assumptions about the strength of the defense would certainly give the policyholder “I told you so” rights, but whether it shifts responsibility for the defense expenses back to the insurer remains a very debatable issue.

Experiences from the 15 years since Blue Ridge teach us that the circumstances surrounding Blue Ridge reservations can be tense, fast-paced and contentious. Often, both insurers and their insureds need to make quick, but very important, decisions. As American Modern Home Ins. Co. v. Fahmian, 194 Cal.App.4th 162, 172 (2011), explained in holding that a five-day window for decision-making was adequate, insureds “cannot be permitted to derail the Blue Ridge process by failing to obtain separate coverage counsel until a request for consent to settle is received, and then claiming insufficient time to respond to that request due to lack of such counsel.” And in Haskins v. Emplrs Ins. of Wausau, 126 F.Supp.3d 1117, 1127 (N.D. Cal. 2015), the court approved a two day time period for the insured’s decision-making.

To be sure, policy limit settlement demands in potential excess exposure cases can create some quick-reaction challenges for policyholders, liability insurers and the attorneys who represent them. Counsel for insurers will want to make sure they protect their clients’ interests by taking proper steps to effectively reserve rights. Counsel for policyholders will want to do some advanced planning and be ready to propose or evaluate alternatives that may be beneficial or less burdensome for their clients.

Part 1 of this article appeared yesterday on ClaimsJournal.com 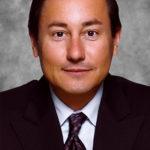 David Ezra is a shareholder with Berger Kahn, ALC. He was named Best Lawyers 2016 Insurance Litigation “Lawyer of the Year” and has litigated and counseled clients in handling countless insurance claims.