According to new data analysis from CoreLogic, a large earthquake along the San Andreas fault impacting both Northern and Southern California simultaneously – once considered impossible – could cause up to 126 percent more residential property damage than previously thought, putting more homes at risk and increasing loss estimates in a state already at high risk for earthquake damage. The CoreLogic analysis is based on revised earthquake risk science from the Uniform California Earthquake Rupture Forecast, Version 3 (UCERF3), which has concluded that a single large earthquake could now rupture simultaneously in both Northern and Southern California, and that earthquakes of magnitude 8.0 and higher will affect a larger land area and greater number of people. In particular, the San Andreas fault has always been viewed as two independent segments with earthquake ruptures on the northern and southern San Andreas faults deemed mutually exclusive of one another.

Based on the revised UCERF3 hazard data, CoreLogic has produced new earthquake risk analysis that illustrates the higher conditional probability of losses for an earthquake impacting both regions simultaneously. Figures 1-4 show four earthquake scenarios in California and the resulting increase in both the number of single-family homes that could be damaged and the accompanying reconstruction cost value (RCV). 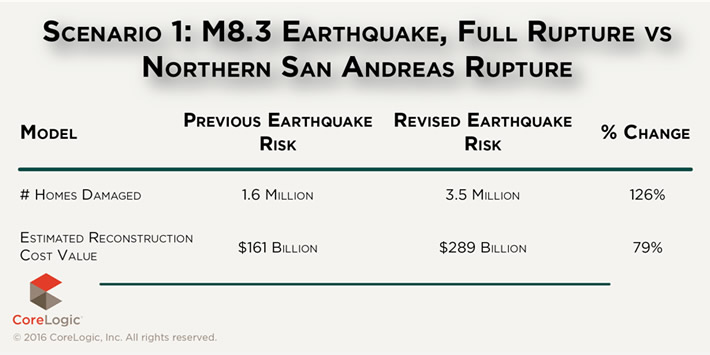 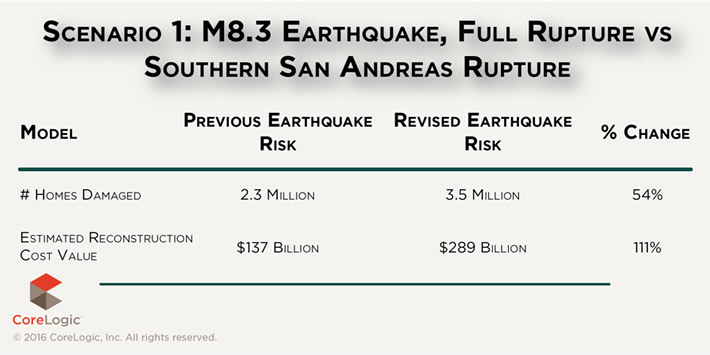 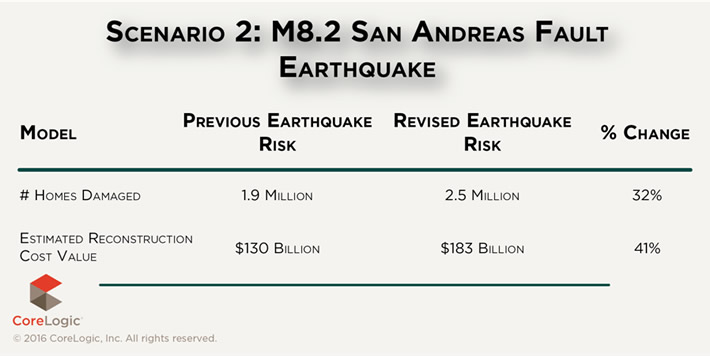 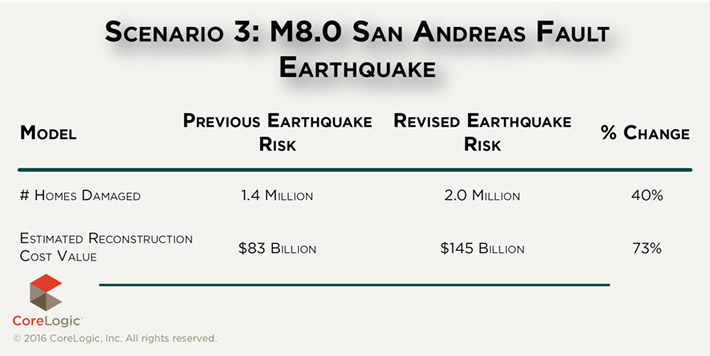