After a four year battle between the Torchmark Group (Globe Life et al) and the California Department of Insurance (CDI) over the CDI’s action alleging 697 claims settlement violations, the CDI dismissed the action on August 29, 2016. The dismissal followed issuance by the Administrative Law Judge (“ALJ”) of the proposed decision in the case.

The Torchmark case is a landmark proceeding as it is the first to address various insurance regulatory and administrative procedural issues in California including: (i) the scope and validity of the Fair Claims Settlement Practices Regulations (Regulations); (ii) whether the ALJ’s prehearing rulings resulting in the dismissal of the case were proper prior to hearing all the evidence; and (iii) whether the ALJ had authority to apply a precedent decision retroactively to overturn the ALJ’s prior rulings in the case.

The CDI also unsuccessfully contended – in spite of rulings by two separate ALJs to the contrary – that an evidentiary hearing must take place before an ALJ may issue a proposed decision to dismiss a case. At the end of the day, many of the procedural rulings in the case (which arose under the Administrative Procedure Act which governs administrative hearings), came down to fundamental due process arguments.

For years, ALJ hearings have customarily involved licensing issues (e.g. whether to issue or revoke a license). However, in 2014 the landscape changed with the PacifiCare case. PacifiCare took over three years and 225 days of actual hearing to adjudicate the allegations of claims settlement violations. It resulted in the Commissioner’s rejection of the ALJ’s proposed decision imposing an $11.7 million penalty, which was increased by the Commissioner to $173.5 million, the largest proposed penalty ever assessed in an insurance disciplinary proceeding. (PacifiCare subsequently filed a Request for Writ of Mandate, which proceeding is still pending.) The time and expense of lengthy hearings has benefited the CDI by enabling it to leverage early settlements. We expect, however, that the defenses successfully raised in Torchmark will help level the playing field in both pending and future proceedings.

Finally, the California State Senate Committee on Insurance became interested in both the Torchmark and PacifiCare cases. The committee held a Joint Oversight Hearing in April 2016 during which the legislators questioned the Commissioner extensively about the costs and time expended by his Department in prosecuting the actions. We anticipate that legislative oversight will be ongoing if costly claims settlement hearings continue in the future. 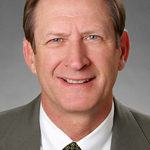