Uber Technologies Inc. fired back at taxi operators accusing it of lying about superior safety, telling a judge the cab companies “fabricated” a customer endorsement with a photo of MySpace’s co-founder and can’t be trusted. 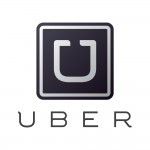 Uber said several Los Angeles-area cab cooperatives that are part of a group of companies that filed a false advertising lawsuit last year have promoted themselves using fake passenger testimonials and phony attacks on Uber, as well as inflated claims about the quality of their own safety standards.

While LA City Cab asserted in a February blog post that it does “everything possible to ensure customer satisfaction and safety, which are a number one priority,” it often does “nothing more than what local ordinances require regarding safety,” Uber said in a filing in San Francisco federal court.

George Trevor, a lawyer for L.A. Taxi Cooperative, declined Thursday to comment on Uber’s specific allegations against the cab companies.

“We don’t believe it is an appropriate affirmative defense,” he said, adding that he would respond to the filing “appropriately in the courts.”

Uber’s counter-attack comes as the startup faces scrutiny in the U.S. and internationally over whether it should do more to vet drivers before hiring them. The world’s biggest ride-share provider has resisted fingerprinted background checks, like those required for most U.S. taxi drivers, opting instead for services that check people’s names against court records.

Uber agreed this year to pay almost $40 million to settle separate lawsuits by passengers and prosecutors alleging that its background checks on drivers weren’t as thorough as advertised. The company pledged to stop describing its background checks as “the gold standard” and quit using the slogan the “safest ride on the road,” the district attorneys of San Francisco and Los Angeles said when their settlement was announced last month.

Uber told U.S. District Judge Jon Tigar it spent hundreds of hours investigating the 20 cab companies that sued it to prepare its “unclean hands” defense. Uber attached to Tuesday’s filing several examples of what it said were “fabricated customer testimonials” that appeared on the taxi company websites.

One of them features a photo of a smiling man identified as “Richard H, Hermosa Beach.” Next to it is a quote praising a taxi-hailing app.

Uber says the man in the photo is really MySpace co-founder Tom Anderson. It’s the same image Anderson uses for his Facebook and Twitter pages.

Uber also accused the cabbies of posting misleading information on their websites suggesting that the company’s surge pricing could go up in the middle of a trip — a claim Uber denies — and misrepresenting the scope of the company’s liability insurance.

Uber lost an early bid to dismiss the cab companies’ claims in July.

While letting the case move forward under a federal false advertising law, Tigar tossed the taxi companies’ unfair competition allegations and their demand for restitution under state law. The companies have since revised their complaint.

Tigar said some of Uber’s statements could lead “a reasonable consumer” to “conclude that an Uber ride is objectively and measurably safer than a ride provided by a taxi or other competitor service.”

An Uber spokeswoman said at the time that the company’s “innovative technology allows it to focus on safety for riders and driver-partners before, during and after a ride in a way most alternatives cannot.”