Since most insurance companies conduct business in multiple states, they tend to keep track of the general legal do’s and don’ts of claims handling. However, there are a few unique aspects of Arizona insurance law that companies and adjustors should keep in mind if doing business in the Grand Canyon State.

1. Duty to Defend and Investigate

As in other states, Arizona law imposes a duty to defend if the complaint alleges claims within the scope of the policy’s liability coverage. However, in reviewing the complaint, the carrier is required to look beyond the specific legal theories asserted and also analyze whether the facts alleged could support a claim which, although not specifically identified, is covered under the policy.

Further, under Arizona case law, the insurer must also consider other facts known at the time (either as provided by the insured or discovered during the insurer’s investigation), even if they are not included in the complaint. Relatedly, Arizona’s version of the implied covenant of good faith and fair dealing imposes an obligation on both first-party and third-party carriers to conduct a reasonable and adequate investigation before denying coverage.

The procedures applicable to Morris Agreements offer some protections for insurers. First, the insured may not enter into a Morris Agreement without first notifying the carrier and giving the company an opportunity to withdraw the reservation of rights. In addition, where the company issues only a partial reservation, the Morris Agreement is valid for only the reserved claims. Finally, in the subsequent suit by the plaintiff (standing in the shoes of the insured), the insurer may assert its coverage defenses as well as challenge the reasonableness of the stipulated judgment.

Most liability insurance policies state that the company’s obligation to defend a lawsuit against its insured ends when the company exhausts its policy limits. However, in Arizona, even if a carrier pays the policy limits to settle some claims or with some claimants, the company must continue to pay defense costs (unless the policy is a self-depleting) until it obtains either a release of the insured’s personal liability or a satisfaction of judgment on behalf of its insured. Similarly, if an insurer is faced with competing claims that exceed policy limits, the company may file an interpleader action so long as it continues to provide the insured with a defense.

If the named insured elects to purchase UM/UIM coverage, then the Arizona statute requires the carrier to extend the coverage to “all persons” insured under the policy. The Arizona Supreme Court has interpreted this language to mean that UM/UIM coverage is portable and therefore provides coverage to insured person(s) under a variety of situations. Given the portability of the coverage, Arizona courts have held that “other vehicle” exclusions are void and unenforceable as against public policy in the UM/UIM context.

Under the Arizona statute, UM coverage only applies to situations in which the at-fault motor vehicle is not insured by a vehicle liability policy with minimum statutory limits. Per the statute, UM coverage is also subject to the other “terms and conditions” of the policy. This language has been interpreted by Arizona courts to mean that UM payments can be reduced by workers’ compensation benefits received by the insured if the policy includes a non-duplication provision and enforcement of the provision does not interfere with the insured’s right to full recovery.

Meanwhile, UIM coverage is triggered only where the insured’s total damage exceeds the sum of the liability insurance applicable at the time of the accident. Therefore, if the insured settles with the at-fault driver for an amount less than the available liability insurance, the calculation of the UIM payment is based on the liability limits, not the actual settlement amount. Further, because the statutory UIM definition does not include the reference to policy terms and conditions, Arizona courts do not allow offsets for workers’ compensation benefits.

Finally, both the UM/UIM statute and Arizona case law permit carriers to include anti-stacking language in their policies in order to limit insureds to only one policy or coverage for a single accident.

By statute, Arizona authorizes liens by both healthcare providers and AHCCCS (Arizona’s Medicaid administrator). Both types of liens are enforceable against insurance carriers and are not released by a release of claims from the injured party. However, provider liens are not applicable to UM/UIM or workers’ compensation benefits.

Arizona also has a statute authorizing hospitals accepting payments from AHCCCS to collect any remaining balances through healthcare liens. However, in a recent decision, the Arizona Court of Appeals ruled that such hospital balance-billing is prohibited and preempted by federal Medicaid law.

9. Enforcement of Limitation of Action Clauses

Most insurance policies contain a limitation of action clause. Depending on the type of policy, the minimum length of the limitation period may be established by Arizona statute. However, even if statutorily-compliant, a limitation clause may not be enforceable if the reason for the insured’s delay in filing suit is attributable to the insurance company or if the delay does not prejudice the company’s ability to defend the lawsuit.

By Arizona statute, if an issuer does not pay a first party claim within 30 days after the insured submits an acceptable proof of loss, then the company is required to pay interest for the time of the delay. However, the statute provides certain defenses to the interest penalty, including where the company had a good faith basis to deny the claim. 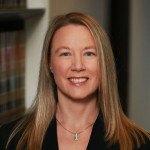 Jennifer A. Cranston is a shareholder at Gallagher & Kennedy in Phoenix, Arizona. One of her primary practice areas is insurance coverage analysis and bad faith litigation. For more information about Cranston, please visit www.gknet.com/attorneys/jennifercranston.