Alaska Native municipal leaders are worried that a state law legalizing recreational use of marijuana could lead to more substance abuse and make it difficult for employers to keep drug-free workplaces.

They discussed their concerns during a recent meeting sponsored by the Alaska Municipal League.

North Slope Borough Assemblyman Forrest Olemaun told KUAC that opposition by him and other Native leaders stems from the damage substance abuse has inflicted on indigenous people over the years. He worries legalized pot may lead to more use and abuse. 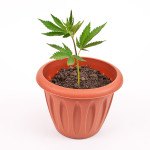 Matt Singer, an Anchorage attorney who has researched the law, said it won’t change drug-free workplace policies but said employers will have to make clear that the law doesn’t exempt workers from those policies.

The law, approved by voters in November, is set to take effect early next year. Authorities have nine months after the effective date to come up with rules for implementing the law.

Anchorage Assembly member Amy Demboski believes Anchorage, the largest potential market in the state, could help develop pot regulations in Alaska by initially not allowing the sale or cultivation of marijuana.

Demboski told KSKA her proposal is in no way advocating for a ban on personal use of pot.

“To me this is just a wait-and-see approach,” Demboski said. “All I’m saying is before we get into a commercialized industry that’s still federally illegal, we need to understand and make sure there’s no federal impacts when it comes to millions of dollars in transportation dollars.”

While Alaska is one of four states that have approved legalization laws, marijuana is still considered a controlled substance at the federal level.

Alaska’s law allows local governments to ban cultivation facilities and retail pot stores. Bruce Schulte, a spokesman for the Coalition for Responsible Cannabis Legislation, said some communities likely will opt out. But he said it seems irresponsible for the municipality to do so before regulations are written.

“We think the prudent thing to do is wait and see what the state-wide regulations look like before making that determination,” he said.