Earthquake risk in the San Francisco Bay Area is on the rise while earthquake insurance penetration statewide has dropped significantly since the Loma Prieta earthquake that rocked the Bay Area 25 years ago, causing nearly $6 billion in economic losses. As a result, the next “big one” has potential to be financially devastating to the Bay Area economy, according to RMS, a global catastrophe risk management firm.

A worst-case, magnitude 7.9 earthquake on the San Andreas Fault could strike an urban center with 32 times the destructive force of Loma Prieta, potentially causing commercial and residential property losses over $200 billion. 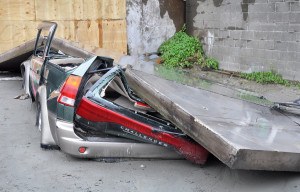 Residential earthquake insurance penetration in California, which would be vital to facilitate rebuilding after an earthquake, has dropped by more than half since Loma Prieta, with only 10 percent of households currently covered. Without insurance, homeowners may walk away from their homes after an earthquake if the residual value of their property is less than the outstanding value of their mortgage. Even those with insurance are likely to struggle to meet high deductibles, potentially leading to significant blight and disrepair in badly damaged neighborhoods.

“The Bay Area has made significant progress in terms of infrastructure preparedness and retrofitting, but without significant earthquake insurance penetration to facilitate rebuilding, the recovery from a major earthquake will be considerably harder,” said Dr. Patricia Grossi, earthquake expert and senior director of model product management, RMS. “Now is the time for Bay Area residents to come together to develop innovative approaches and ensure resilience in the face of the next major earthquake.”

A Look Back at Loma Prieta

The Next “Big One”

There is a 63 percent chance that a magnitude 6.7 or larger earthquake will hit the Bay Area over the next 30 years, according to the United States Geological Survey. The next major earthquake could strike much closer to urban centers than Loma Prieta, with more destructive force.

According to RMS modeling, the most likely location of the next big earthquake to impact the San Francisco Bay area is on the Hayward fault, which could reach a magnitude of 7.0. The area is also at risk of an earthquake on one of the many other faults in the area. For example, an earthquake on the San Andreas fault could reach magnitude 7.9 could cause commercial and residential property losses surpassing $200 billion. A cluster of smaller earthquakes could also impact the area, which, sustained over months, could have serious implications for the local economy.

While the Bay Area has become more resilient to damage from shaking, liquefaction still presents a very major risk, in particular in low-lying parts of San Francisco and Oakland.

The risk for loss of life, property and prosperity are higher than ever in the San Francisco Bay Area. Since 1989, the population of the region has grown 25 percent, the value of residential property has sky rocketed 50 percent, reaching $1.2 trillion, and commercial activity has significantly expanded. The Bay Area is now the most productive economy in the U.S. with a gross domestic product of $535 billion, ranking 19th in the world compared to national economies.

While earthquake insurance penetration remains low, a magnitude 7.0 earthquake rupturing on the Hayward fault could produce $25 billion in insured loss across residential and commercial lines of business. Commercial earthquake policies provide cover for damage to buildings, contents and business interruption. Substantial claims could also arise under other lines of coverages, however, such as fire, workers compensation and even general liability.