Emerging data on last month’s 6.0 magnitude California earthquake shows it directed most of its force north toward Napa and the Napa Valley, hitting hard enough to move one side of the West Napa Fault north by 18 inches (46 centimeters), the head of the U.S. Geological Survey’s Earthquake Science Center said Thursday.

Scientists’ ongoing study of the quake is helping explain why the city of Napa suffered so much of the damage in the Aug. 24 quake even though the epicenter was about 5 miles (8 kilometers) to the south, said Tom Brocher, head of Earthquake Science Center. Older buildings in downtown Napa that had been only partially reinforced against earthquakes, or not reinforced at all, incurred much of the damage, including some old chimneys and building facades that tumbled to the ground. 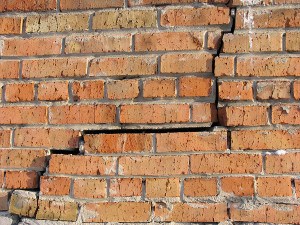 He spoke by phone after a USGS seminar Tuesday for seismic experts to share data on the quake, the hardest to hit Northern California in 25 years.

Official damage estimates still are being tallied. Counts so far range from the hundreds of millions of dollars to more than $1 billion. More than 100 people suffered injuries serious enough to seek medical treatment, although no one died.

Beyond the immediate shock that moved the west side of the West Napa Fault 18 inches (46 centimers), afterslips – slips on a fault after an earthquake – have shifted it another few inches, Brocher said. Scientists found cracks in the ground over a 10 mile (16 kilometers) distance.

Earthquake experts have called the quake a successful test of an early-quake warning system, ShakeAlert, which the USGS is testing in conjunction with universities. ShakeAlert monitors in San Francisco picked up the first waves of the Napa quake eight seconds before the main force of the shock reached San Francisco, scientists at Thursday’s briefing said.

In the case of a longer, bigger quake along the San Andreas fault, for example, seismic experts believe the warning system could provide up to a minute of warning before the main shock hit San Francisco, Brocher said.