New Mexico jurors have awarded a pacemaker patient more than $67 million in damages in a lawsuit. 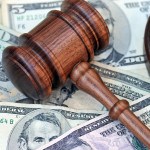 Sowards claimed in his suit that he was unnecessarily implanted with a pacemaker as a result of an alleged conspiracy between the company, a Las Cruces doctor and a hospital to boost sales of the device.

The jury awarded $2.3 million in compensatory damages and $65 million in punitive damages.

Similar complaints against Biotronik by 33 other plaintiffs are pending in Santa Fe.

Sowards was seeking about $120 million in damages including $115 in punitive damages.

There was no immediate word from Biotronik on a possible appeal.