Washington’s volcanoes are getting some enhanced – and high tech – scientific scrutiny this summer.

This weekend, a group of about 75 geophysicists from around the world is gathering at Mount St. Helens to bore 23 holes into the mountain so they can create seismic waves with small explosions equivalent to a magnitude 2 earthquake. 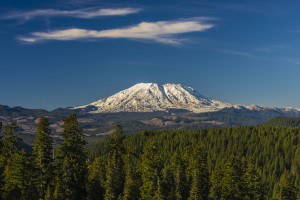 They also will be locating some 3,500 new seismic sensors all around the volcano.

The new measuring devices mark the final preparation for a big new volcano mapping project that scientists say will enable the equivalent of an ultrasound and CAT scan of the volcano’s internal plumbing.

“Mount St. Helens and other volcanos in the Cascade Range threaten urban centers from Vancouver to Portland, and we’d like to better understand their inner workings in order to better predict when they may erupt and how severe those eruptions are likely to be,” said Alan Levander of Houston’s Rice University, who is the lead scientist for the experiment.

Meanwhile, a study of Mount Rainier’s internal plumbing system was published this week in the science journal Nature.

Researchers from Utah, Massachusetts, New Jersey and Norway used seismic imaging as part of an effort to look at the ways rocks and liquids affect magnetic fields in the Cascade Range, Seattlepi.com reported.

The “images” they made captured the way magna is fed into a reserve 5miles under Mount Rainier that will be tapped eventually for eruptions, said geophysicist Phil Wannamaker of the University of Utah.

“But it does not provide any information on the timing of future eruptions from Mount Rainier or other Cascade Range volcanoes,” he said.

Wannamaker said the magna reserve appears to be 5 to 10 miles deep and 5 to 10 miles wide from east to west. The north-to-south dimensions can’t be determined because the researchers took only a sliced view of the system.