A Nevada jury was asked Friday to award comedian George Wallace at least $7.1 million for earnings he claims he lost as a result of a leg injury he said he received while performing in December 2007 at a posh Las Vegas Strip resort.

Wallace’s attorney, Dominic Gentile, left open the amount the jury could award for pain and suffering. Gentile earlier said he expected to seek at least $9 million from the Bellagio Las Vegas hotel-casino. 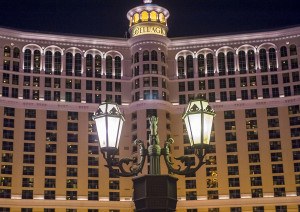 The jury of seven men and one woman deliberated for about an hour before breaking for the weekend. They’ll resume Monday morning.

Bellagio attorney Paul Haire told jurors that Wallace hurt himself – and that the 61-year-old stand-up comic had a pre-existing Achilles injury that one medical expert testified left him susceptible to tendon rupture with as little as a wrong step off a curb.

“Wallace’s economic losses are too speculative to hold Bellagio responsible for an injury that is dubious at best, with no proof that Bellagio caused the injury,” Haire said.

“Are you going to hold Bellagio liable on the basis of this evidence?” he asked. “There’s not enough here.”

Wallace testified during the two-week trial that he was permanently hobbled by a sudden injury suffered when his leg became entangled in wiring during a performance for several hundred people at an HSBC Card Services Inc. event.

He said it felt like a bear trap clamped on his leg.

But Wallace finished the HSBC show. He also made his regular 10 p.m. performance at the Flamingo resort, where he recently marked his 10th anniversary.

The jury saw a video of that show, with Wallace seated onstage in a swivel chair playing the scene for laughs.

He testified that he’s no longer able to dance or run on stage like he used to.

Medical and work-earnings experts testified for both sides, and the parties in the case agreed that the actual figure for Wallace’s medical treatment is a little under $9,525.