California has become a major U.S. target of cyber crimes committed by outlaw groups with ties to Eastern Europe, China and Africa, according to a report by state Attorney General Kamala Harris released on Thursday.

As part of a broader report on international organized crime groups, Harris said about 17 percent of attempts to hack into major computer networks in the United States in 2012 were aimed at California, which is the most populous U.S. state. 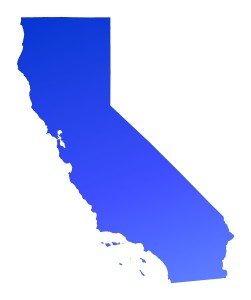 “Transnational criminal organizations are relying increasingly on cybercrime as a source of funds – which means they are frequently targeting, and illicitly using, the digital tools and content developed in our state,” Harris said in a statement attached to the 97-page report.

Many groups are organized along ethnic lines, with ringleaders often outside the United States and foot soldiers and victims in immigrant communities in the country, it said.

“The growth of transnational criminal organizations seriously threatens California’s safety and economic well-being,” said Harris, who plans to lead a series of meetings in Mexico next week to discuss the problem.

Criminal groups with ties to the former Soviet Union and Central Europe run gangs throughout California, including the Armenian Power gang, which has links to cyber-crime, financial fraud, identity theft gambling, narcotics and human trafficking, the report said.

More than two-thirds of methamphetamine imported into the United States comes through California from Mexico, trafficked by international gangs, Harris said.

In addition, the state’s technology and entertainment-driven economy has made it particularly vulnerable to computer virus attacks and stolen intellectual property, the report said.

The amount of online activity used for copyright infringement across the world has grown about 160 percent from 2010 to 2012 and threatens to affect California more than other U.S. states, the report said.

“There is little doubt that over the years digital piracy has robbed creative industries based in California of hundreds of millions of dollars in revenue and jobs,” it said.

Online fraud schemes in which goods or services are purchased online but never delivered have affected Californians more than people in other states, the report said.

“As transnational criminal organizations evolve in the search for profits, California will continue to be an attractive target,” Harris said.