Concerned about safety, the City Council has ordered more studies of oil trains from the Bakken shale fields that pass through downtown Spokane, Wash.

The council unanimously passed a resolution on Monday asking state and federal officials to more closely scrutinize oil shipments through the city that sees at least one BNSF train with as many as 130 oil cars, The Spokesman-Review reported.

The resolution said the city of 210,000 people should be included in any environmental studies of the trains. It also supports tracking fuels traveling through the city and tougher safety regulations for older tank cars and train speeds. 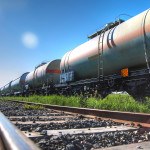 “It is our responsibility to understand the risks and potential impacts associated with crude oil rail shipments so that we can plan accordingly,” Mayor David Condon said in a press release.

The safety of the trains has come under scrutiny as studies indicate that oil from the Bakken fields in North Dakota and Montana is more flammable than previously thought. Last summer, 47 people were killed in Quebec after oil cars derailed and exploded.

More than a dozen people testified Monday at the council hearing. All supported the resolution.

Katie Evans of the Upper Columbia River chapter of the Sierra Club called for a moratorium on oil shipments through Spokane.

Councilman Steve Salvatori said railroads should be required to transport oil more safely and replace outdated tank cars. But he added that it’s safer to ship dangerous chemicals by rail than by truck.

Among other actions, the City Council resolution called for:

– State lawmakers to require railroads to disclose transportation routes, type of oil and estimated volume and frequency of transfers of oil.

– Government agencies to study potential impacts to public safety, the environment, economy and traffic if any project causes an increase in oil rail traffic through Spokane.