Legislation that passed the state Senate on Thursday would restrict online retailers in the amount and type of personal information they could collect and would require them to dispose of it once it is no longer needed to guard against fraud.

Critics said the bill’s proposed changes could have the opposite effect by hampering fraud-prevention efforts. 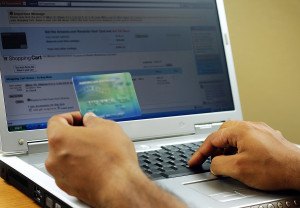 “Recent data breaches at Target, Nieman Marcus and other stores have unfortunately reminded all of us how vulnerable our personal information can be unless we put safeguards in place to protect it,” she said in a statement.

But online retailers, credit-card companies and others say they need to retain customers’ personal information to prevent fraud and spot irregular transactions.

Some of the data online retailers collect also make things more convenient for customers, such as being able to share downloaded material between different devices, said Senate Minority Leader Bob Huff, R-Diamond Bar. He said he has ebooks on both an iPad and a Kindle.

“Because of the technology that this bill would do away with, they may not be able to tell me that I’ve already bought that book,” Huff said.

Jackson’s legislation also would prohibit retailers from selling or using customer data for marketing. The bill is supported by consumer-protection groups and unions, while retailers, Apple and other trade groups oppose it.

Lawmakers narrowly passed SB383 on a 21-13 vote Thursday, sending it to the Assembly. Some lawmakers who voted for it said they expect the legislation to undergo major revisions to address numerous concerns. The bill would then return to the Senate for a final vote before being sent to the governor.