An alliance of insurers and safety groups ranks Wyoming’s traffic laws as among the worst in the country in part because state law permits drivers in their early teens to get behind the wheel although the state’s top police chief says he hasn’t seen any problems with the youngest drivers.

Washington, D.C.-based Advocates for Highway and Auto Safety released a report Wednesday which also faults the state for not requiring helmets for adult motorcyclists and allowing open containers in parked vehicles. 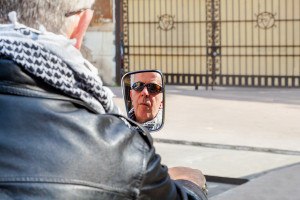 In Wyoming, teens can be eligible for a regular learning permit at 15 and get a full license by 16 1/2. Fourteen-year-olds can get a restricted driver’s permit if they live more than five miles from school or work or because of another approved reason.

Advocates for Highway and Auto Safety want states to increase the learner’s permit to age 16 and give full licenses at age 18. The organization describes itself as an alliance of insurance companies and health and safety groups that advocate for road safety.

Jackie Gillen, the group’s president, told the Casper Star-Tribune that age 15 is too young for teens to begin driving.

“It really has to do with their maturity at age 15 and their experience as a driver,” she said. “That’s the reason the research is showing that the effect of that is reducing crashes, and really protecting teens while they’re learning to drive.”

Wyoming Highway Patrol Col. John Butler said that while younger teens tend to be more immature he hasn’t seen a problem with accidents by 14- and 15-year-old drivers.

Natrona County High student Lane Hendricks, 15, said she’s a bit terrified of driving when she considers the responsibility of keeping all the laws of the road straight while operating a moving vehicle. But it’s part of growing up, she said.

“You need to get a job and have responsibilities,” she said. “Your parents shouldn’t have to drive you everywhere.”

Most Wyoming teens begin driving at age 15 or 16, when they receive an instructional permit, also called a regular learner’s permit or a 15-year-old license. Teens have to pass a written driving test. The permit allows driving when accompanied by a licensed adult in the passenger’s seat.

Teens can move up from a learner’s permit to an intermediate license after 50 hours of driving practice with at least 10 hours of night driving that have been verified by a parent can. The intermediate license allows driving between 5 a.m. and 11 p.m. unless accompanied by an adult or in a case of a medical necessity. There are restrictions on who may be in the car and some exceptions for work and school activities.

Once they’ve had the intermediate license for six months, they can get a full license.