This year, it is likely that the California Supreme Court will issue decisions involving two interesting insurance coverage matters. One decision will address insureds’ ability to transfer their rights under liability policies after mergers, acquisitions and corporate restructurings; the other involves whether a general liability policy provides coverage for claims asserting “implied disparagement.”

In 2003, the Supreme Court issued its decision in Henkel Corp. v. Hartford Accident and Indemnity Co., holding that a company that acquired a policyholder’s assets and liabilities could not receive the benefits of that liability coverage because it did not obtain the insurer’s approval. The Court relied primarily on the “consent-to-assignment” clause found in most liability policies, the purpose for which is to make sure that insurers are underwriting the risks they intended to underwrite. The Henkel decision allows transfers, but “only if a loss has already been reduced to a sum of money due under the policy as a result of a settlement or judgment.”

In 2012, however, an opinion issued by the California Court of Appeal, Fluor Corp. v. Hartford Accident and Indemnity Co., reconsidered the issue. Fluor addressed whether Henkel was wrongly decided because the Supreme Court, and everyone involved in the case, had apparently ignored the existence of an 1872 California statute (Insurance Code section 520) that provides: “An agreement not to transfer the claim of the insured against the insurer after a loss has happened, is void if made before the loss.” In other words, that statute purports to allow companies to assign their rights under insurance policies to successors after a loss, but the law has never been interpreted in the 140 years since it was enacted.

Insurers and policyholders are watching the Fluor decision closely to see whether Henkel and the validity of “consent-to-assignment” clauses remain the law in California. With increasing numbers of mergers and acquisitions, certainty as to the ability to assign rights would be helpful for all concerned and hopefully the Supreme Court will provide a bright line. Furthermore, should Henkel be overturned, insurers would need to be more diligent about underwriting and more fully assess what potential liabilities they might have to cover in the future.

The second Supreme Court case is Hartford Casualty Ins. Co. v. Swift Distribution, Inc. As set forth on the Court’s website, this case presents the following: “Did the allegations of the complaint constitute disparagement for purposes of insurance coverage or the duty to defend under the ‘advertising injury’ provision of defendant’s insurance policy?” The case is significant as its will require the Court to reconcile two California Court of Appeal decisions issued by the same district within months of each other that reached opposite conclusion as whether liability policies cover claims for “implied disparagement.”

Initially, in June 2012 the Court of Appeal issued its decision in Travelers Property Casualty Co. v. Charlotte Russe Holding, Inc., which held that a retailer’s price markdown that allegedly caused significant and irreparable damage to and diminution of a manufacturer’s trademark was enough to implicate “personal and advertising injury” coverage for disparagement of goods. The court stated: “Versatile’s [manufacturer] pleadings alleged that the People’s Liberation brand [of jeans] had been identified in the market as premium, high-end goods; and that the Charlotte Russe parties [retailer] had published prices for the goods implying that they were not. It therefore pled that the implication carried by the Charlotte Russe parties’ pricing was false. That is enough.”

Four months later, however, a different division of that Court of Appeal decided Swift Distribution and distinguished Charlotte Russe in a case involving underlying patent and trademark claims from an insured’s copycat product. But more than just distinguishing Charlotte Russe, the Swift Distribution opinion was harshly critical of it: “We fail to see how a reduction in price – even a steep reduction in price – constitutes disparagement. Sellers reduce prices because of competition from other sellers, surplus inventory, the necessity to reduce stock because of the loss of a lease, changing store location, or going out of business, and because of many other legitimate business reasons. Reducing the price of goods, without more, cannot constitute a disparagement; a price reduction is not ‘an injurious falsehood directed at the organization or products, goods, or services of another[.]”

Given the commonplace nature of deep discounting in retail stores, the potential consequences of a decision like Charlotte Russe are readily apparent. As with the consent to assignment clauses, this area of the law requires certainty, and presumably the Supreme Court will provide that certainty in its forthcoming Swift Distribution decision.

Both cases have been fully briefed, and a decision in each is likely by the end of the year. 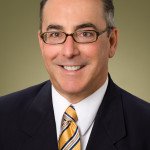 Larry Golub is a partner in the Los Angeles office of Barger & Wolen LLP. His practice focuses on litigation for insurance and non-insurance companies. He has extensive insurance expertise both for property & casualty insurers, life & health insurers, including coverage and class action.