Utah transportation officials say they counted 219 traffic deaths in Utah in 2013, and almost half of the car crash victims who died hadn’t been wearing seatbelts. 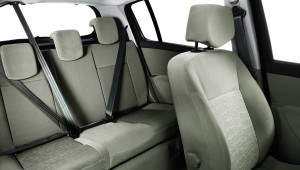 The Utah Department of Transportation statistics released Tuesday show two more deaths last year than in 2012. That year brought the lowest number of fatalities since 1959.

Officials say that when motorcyclist, bicyclist and pedestrian deaths are taken out, nearly 47 percent of the people who died on roads last year weren’t buckled up.

State officials are working toward a goal of zero fatalities, and remind people to buckle up, put down cellphones and other distractions, and never drive drowsy or impaired.