Washington state troopers have stepped up their efforts to watch for unsecured loads on the state’s highways to protect drivers and their vehicles.

Their efforts include keeping track of where driver complaints about windshield damage are coming from and targeting those areas to look for truckers who aren’t covering their loads, The Daily Herald reported.

“We have all been there,” said patrol Sgt. Greg Erwin, concerning flying road debris that can be frightening or even dangerous. 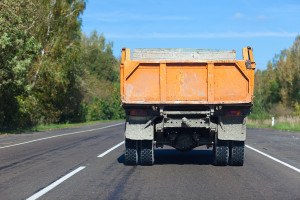 During the past two years, troopers statewide have pulled over more than 12,000 drivers suspected of hauling unsecured loads. They’ve also handed out more than 1,600 tickets and given more than 10,000-plus written and verbal warnings. An unsecured load can result in a $216 fine under state law.

Troopers were out in full force Thursday morning in an area stretching from Monroe to Maltby and Woodinville.

“It’s a huge pet peeve with people who live out here,” State Patrol Sgt. Kirk Rudeen said. “It’s a big expense for them.”

There wasn’t much drama on Thursday’s patrol.

Troopers say word travels fast among commercial truckers when they’re out and about.

“I look at myself as a driver behavior-modification expert,” said trooper Doug Sackman of the commercial vehicle enforcement division.

Or, as Rudeen puts it, “As soon as the word gets out, all of a sudden the loads go down and the tarps go up.”

Rudeen spent more than two hours driving a loop along Highway 522 and Highway 9 in a black unmarked SUV.

He pulled over one truck hauling 2 to 4 inch chunks of recycled concrete. The sergeant climbed atop one of the back tires and took measurements to make sure the load was separated low enough from side boards to keep debris from spilling out.

“All in all, he did a good job loading it,” he said, letting the driver continue on his way without an infraction. “The vast majority of trucks are very responsible.”

Robin Abel, of Renton, has dedicated herself to getting commercial truckers and everyday drivers to think about unsecured loads.

She knows firsthand the devastation they can cause.

In 2004, her daughter, Maria Federici, then 27, was critically injured on I-405 when a piece of particleboard smashed through her windshield. It blinded the young woman and resulted in many surgeries, including facial reconstruction. At the urging of Federici’s family and friends, the Legislature passed Maria’s Law, which toughened penalties for drivers whose unsecured loads cause accidents.

Abel also pushed for a national study that found unsecured loads result in about 440 deaths and 10,000 injuries each year.

She wants to reach everyone with one idea: “I tell people to secure their loads as if someone you love is in the vehicle behind you.”