A Democratic lawmaker whose district includes an apartment pool where a 6-year-old boy drowned says it might be a good idea for legislators to look at bolstering regulations to make such pools safer.

“We need to know why children die and what we can do to protect them,” Rep. Grant Burgoyne of Boise told the Idaho Statesman.

Mohamed Hassan drowned June 12 at Arbor Crossing Apartments. Another apartment resident, Ray Reid, tried to save Hassan but said it was hard to see the child in the pool because the water was murky. He also said a latch on the gate to the fenced pool was easily jimmied.

The hospitality industry in 2002 backed a change in the law to reword the definition of “public swimming pool” to exclude swimming pools at hotels and motels, apartment complexes, trailer parks and other businesses. 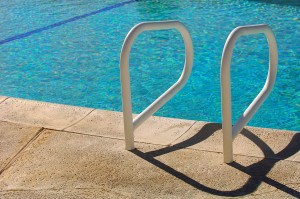 Oregon, Washington and California have regulations requiring annual inspections and regular monitoring of pool water conditions. The three states also regulate fencing and gates for public pools that include pools at apartment complexes and hotels.

Former state Sen. Robbi Barrutia, R-Glenns Ferry, sponsored the 2002 change in the law. Barrutia said the hospitality industry was concerned hotels and motels would have to hire lifeguards to meet the law.

“I wouldn’t think I would put in anything that would have jeopardized swimmer safety,” Barrutia told the newspaper Wednesday.

Democratic Rep. Hy Kloc of Boise said hotels and motels can limit access with key cards, but limiting access at an apartment complex pool can be more difficult.

“This is something I want to look into,” Kloc said.

Ada County and the city of Boise don’t track pools, so the number of apartment, motel, hotel and housing association pools that exist in the county is uncertain.

Lina Casey, the immediate past president of the Idaho Rental Owners and Managers Association, said apartment owners face potential liability with a pool that might be a deciding factor to rent for some. She said some renters with young children might choose to look elsewhere.

“Anytime you have children and water, there’s a chance for an unfortunate accident,” she said.