The mother of a teenager who died from cardiac arrhythmia last year is blaming his death on Monster Beverage Corp., alleging in a lawsuit filed Tuesday that his death was caused by habitually drinking the company’s energy drink.

Alex Morris, 19, went into cardiac arrest during the early morning hours of July 1 and was taken to the hospital where he was pronounced dead.

The lawsuit filed in Alameda County Superior Court alleges Morris would not have died if he did not drink two cans of Monster’s energy drink every day for the three years before his death, including the day he died.

Morris’ mother, Paula Morris, is listed as a plaintiff in the case.

The lawsuit comes after the family of 14-year-old Anais Fournier, of Maryland, also sued the company last year after she consumed two 24-ounce cans of Monster and died.

“Our allegations in the lawsuits are the same and that’s the peoples deaths were caused by these energy drinks and, more specifically, the defendants failure to warn about the dangers,” said Alexander Wheeler, an attorney representing the plaintiffs in both cases.

Monster representatives did not immediately respond to a message seeking comment.

The Corona-based company said previously in Fournier’s case that no blood test was performed to confirm that the girl died of “caffeine toxicity” as the lawsuit claimed, saying she died of natural causes brought on by pre-existing conditions. 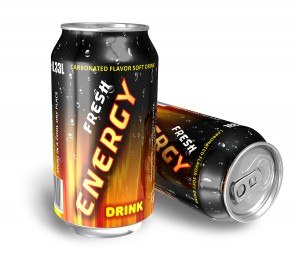 Monster and other energy drinks have received increased scrutiny in recent months. The Food and Drug Administration is investigating reports of deaths linked to energy drinks, including five that cite Monster beverages, but the agency noted that the reports don’t prove the drinks caused the deaths.